This refers to Ray of Hope, the column by renowned actress Sharmila Tagore in your cover story package on Satyajit Ray (Reflections: Satyajit Ray@100, May 31). In the labyrinth of hopelessness today, the legendary film-maker Satyajit Ray, who was also a writer, cinematographer and musician, is indeed a ray of hope. He spread humanity, vision and a dream through his films, be it the ­famous Pather Panchali, Charulata, Ghare-Baire, Mahanagar, or even the TV series Sadgati. There was indeed light at the end of the tunnel, and it came from the rays that Ray spread. Wish he was ­spreading those rays now, when there is nothing but darkness in India.

This refers to Ray of Hope by Sharmila Tagore. I agree with her that it is wonderful to read about the truly versatile Satyajit Ray in his birth ­centenary year, a refreshing change amidst the gloom and doom of the pandemic. Ray was a man who could conjure real-life characters, people we could easily relate to. It was made possible due to his deep understanding of the transformations in society, with his intense imagination bringing the world alive on celluloid. Those were the times when films were made not with the box office in mind, but to show the mirror to society. And to do this, here was a man who could wear different hats with ease, without compromising on his class. His oeuvre covers ­different genres with Ray’s ­indelible stamp on each.

This refers to your cover story on the central government’s handling of the Covid pandemic (Missing, May 24). What is missing, in fact, is Outlook’s much-esteemed balance and objectivity. Covid is an entirely new challenge to the health infrastructure of not only developing countries, but also of developed ones. The loud protestations by a section of the media that India has the highest number of infections, that beds are not available in hospitals, that patients die due to lack of ­oxygen etc are overdone. The one factor that distinguishes India’s Covid management from other countries is its huge population. The virus is chameleon-like in its ­mutations and attempts by experts to predict their true behaviour have been largely futile. Be that as it may, India developed two indigenous vaccines in nine months, which has been administered to crores of people. The Covid curve is flattening in many states due to the Herculean ­efforts put in by both the ­central and the state governments. The best option available to naysayers is to extend their cooperation, sympathy and support to their own government that is burning its midnight oil to contain the pandemic.

Is this not political malice? The Complete Covid Chargesheet by the learned Shashi Tharoor misses the fact that our prime minister is working day and night to support the state ­governments in Covid management. It is there for all to see. A scholar like Tharoor should stop blaming the prime minister unnecessarily, and simply focus on his passion for writing fiction and non-fiction.The charges against the government that it left citizens to fend for themselves are completely bogus. The central government has structured a well-designed programme for fighting this Covid menace and the end ­results are very exciting. This type of chargesheet war is not proper in this most alarming period. The need of the hour is long-term vision and ­concrete solutions to fight the pandemic, and the ­government is not leaving any stone unturned to end this great global menace.

The Narendra Modi government surely has to take the blame in totality, even though the state governments too have to take the onus of providing speedy relief to the masses, especially the rural population that is not even fully aware of the magnitude of the pandemic. The BJP has so many members in the Lok Sabha and the Rajya Sabha. Quite a few of them hold ministerial positions. They should all go to their constituencies and coordinate with local municipal councillors, corporators and MLAs in ensuring that there is proper execution of plans to combat the pandemic. These elected representatives should bear in mind that they have to face the voters soon.

To its credit, the BJP has shown the propriety to forgo grand celebrations of the seventh anniversary of its assumption of power with Narendra Modi at the helm at this time of the pandemic. Now the party has reason to be in a pensive mood and ruminate over the cumulative ­effect of the Modi government’s acts of commission and omission on the lives of people and the resultant erosion in its popular support. There were great ­expectations when the party rode to power in 2014. Many people took Modi at his word when he promised ‘vikas’ (progress) and ­‘acchhe din’ (good days). They even fondly believed that he would transform India into the land of milk and honey. But the seven years of his reign saw expectations waning and disillusionment waxing. His government’s policies have caused severe economic ­distress and manufactured social strife. The country would have been better without demonetisation, the Citizenship (Amendment) Act and the new farm laws.

It is axiomatic that leadership matters in a crisis situation. The Covid crisis has come as a real test of Modi’s mettle. Even his ardent ­supporters would hesitate to claim that Modi has risen to the task of mounting a ­robust response to the ­pandemic. The failure of leadership to combat Covid as it should be by a leader worth his salt is manifest in the exacerbation of the scourge and concomitant suffering. Modi kept himself aloof from the people in a time of great distress. He was seen feeding pigeons and peacocks in the salubrious lawns of his residence when migrant workers were desperately trudging on the national highways to prolong their survival. His ­leadership has come into question in the wake of oxygen and vaccine shortages. Now the attempt to pass the buck to state governments is an admission of his helplessness. His inadequacies as a leader have left the country in a morass and his cultivated larger-than-life image in tatters. Support for him is fraying at the edges. The ­absence of a more capable leader as prime minister is now widely felt.

Poison Dart From A Sting

This refers to Poison Dart from a Sting (May 31), your story on how the “Narada scam rolls on like a train wreck”. When the Narada sting entrapped a few Trinamool leaders, Mamata Banerjee alleged it was a smear scam and vendetta-driven politics of ­persecution. An FIR was registered by the CBI in 2017 against 12 persons for criminal conspiracy, and four Trinamool leaders were arrested in 2021. The CBI special court granted them bail, but the Calcutta High Court stayed it and converted it into house-arrest. The CBI preferred an appeal in the Supreme Court and, finding the atmosphere not favourable, withdrew it later. This shows how our criminal justice system, ­instead of holding anyone accountable, drags on whimsically by fits and starts as per the political strategies of those in power. Raking up the pending ­investigation just when the Trinamool-led Bengal ­government is at the threshold of a new term—despite Modi making the assembly polls a matter of personal prestige—is meant to divert public attention from the mess that is the Centre’s Covid management, besides diminishing Mamata’s crowning victory. No action against anyone who ­deserted the Trinamool ­before the elections speaks of the CBI’s partisanship. 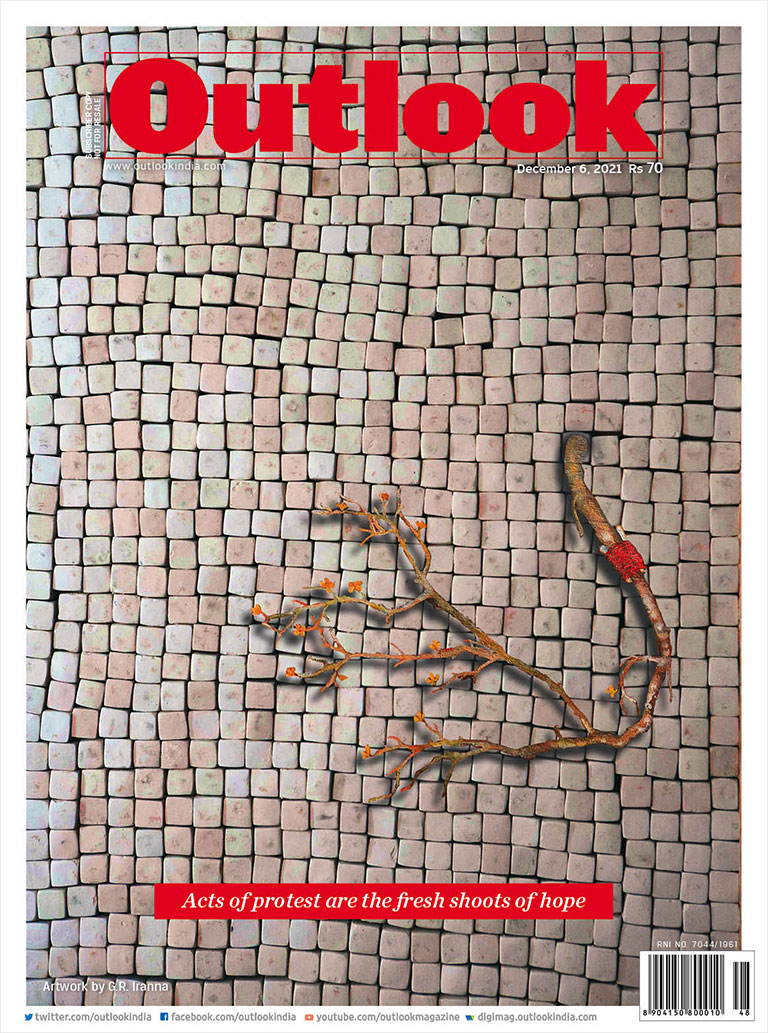