Poison Dart From A Sting

High Court, Governor, CBI, a handful of ministers…a few notable ones exonerated by politics because they are on the other side. The Narada scam rolls on like a train wreck. 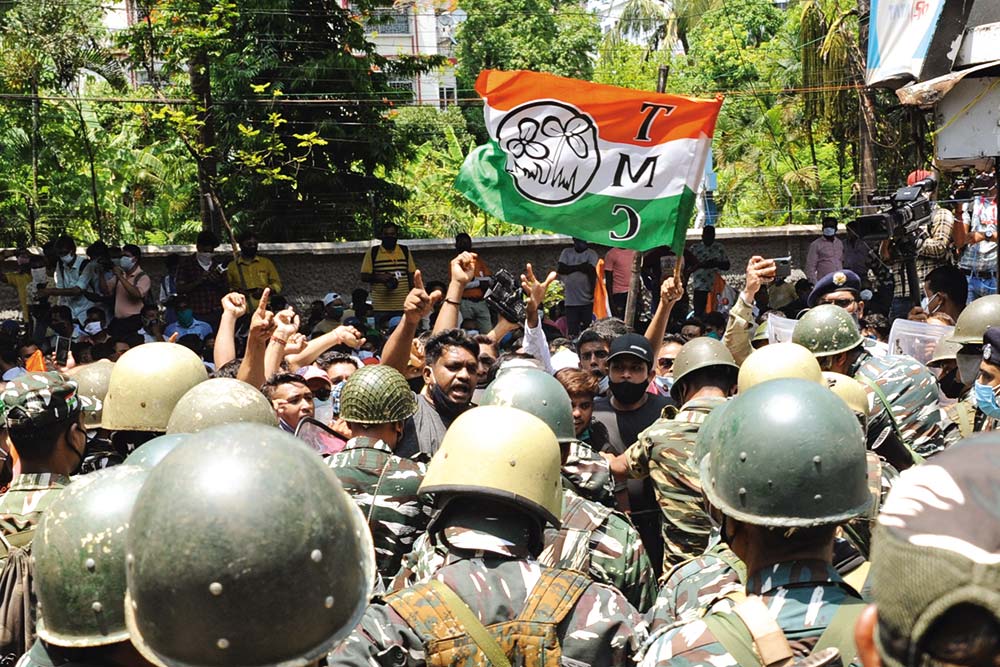 The  hearing in Calcutta High Court on May 19 regarding the arrests of West Bengal ministers Firhad Hakim and Subrata Mukherjee, MLA Madan Mitra and former minister Sovan Chatterjee by the CBI, in connection with the Narada sting operation that had allegedly exposed a cash-for-favours scam in 2014, remained inconclusive. The high court had earlier stayed the bail granted to the accused by a special CBI court. All four were ministers in CM Mamata Banerjee’s first cabinet. The CBI has also filed a transfer petition to move the matter out of West Bengal, and made Mamata, Bengal law minister Moloy Ghatak and TMC MP Kalyan Banerjee party to the case. The TMC has accused the central agency of playing the role of “caged parrots” serving their “political masters in the Union cabinet”. Meanwhile, the Calcutta police have filed a case against CBI personnel under the Disaster Management Act for violating pandemic-related restrictions during the arrests.

Following the arrests on May 17, Mamata rushed to the central agency’s Calcutta office and...