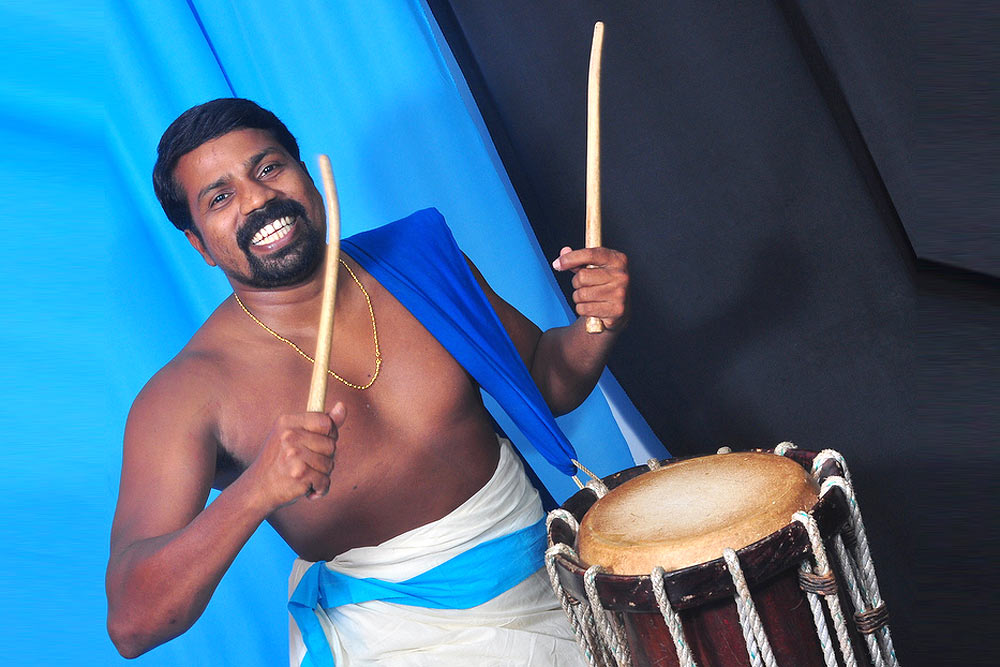 As if an offbeat reply to Kerala’s elitist ensembles emerges Shinkari Melam that has a history of mere four decades. The free-spirted drums-with-cymbals con­cert gained contours in Ernakulam district’s Paravur coast in the 1970s, when a drummer from the forward Marar caste taught local fishermen a few chenda lessons. The flame that Kavil Vijayan passed to the subaltern is gaining fresh life with the passage of every festival season across Kerala.

The fisher-folk, who anyway played the thappu, now slung the chenda down the shoulder and reproduced much of the patterns they otherwise wove with the hand-held drum. This caught the fantasy of goldsmiths who visited Paravur from neighbouring Thrissur district’s Urakam—ironically a village known for traditional ensembles. Back in their land, the community thought they’d, too, perform it with all the romanticism they sensed in it. Hence named it ‘shringara melam’. “But a printing error apparently got its name on the notice as ‘shinkari’,” says Peringode Ponnan, a...