The CPI(M) should have emulated some social movements in India. A know-it-all attitude undid the party. 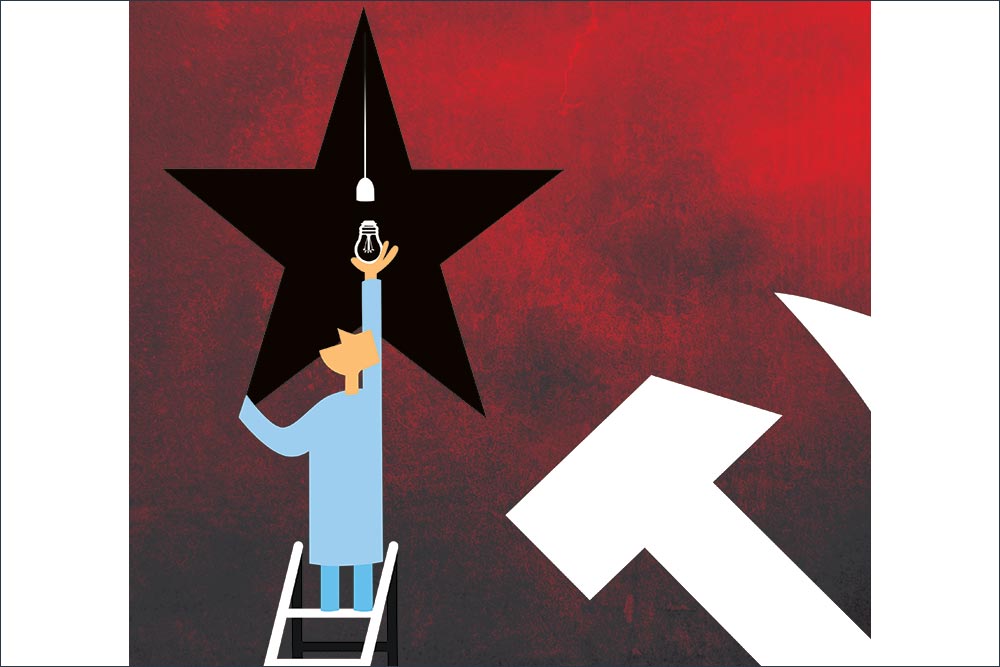 The Left has been decisively defeated in Tripura by the BJP, which is celebrating this victory with an explosion of violence. Sunil Deodhar, the BJP’s prabhari for the Northeastern state, boasts his party has now broken the Communist spine in the country—from JNU in Delhi to Kerala down south. “This is more than just symbolic for us,” he adds. A statement is revealing in so many ways, especially as JNU is a small university—not a state like the others—that is being crushed by sheer administrative fiat, backed by the highest echelons of governmental power.

First, it shows that for the BJP/RSS, ‘the Left’ has to be ‘defe­ated’ at all costs. If it requires the use of administrative power, sedition laws and false police cases in JNU, so be it. If it requires blatant use of power, combined with glib promises that being in power at the Centre can help fulfil every wish of the Tripura electorate that the Left Front government has failed to, that is fine too. The ext­ent to which money power has played a key role...