In an uncertain world, India's diplomatic relationship with superpower like United States is the ultimate test of skills. India have much to gain from the US. 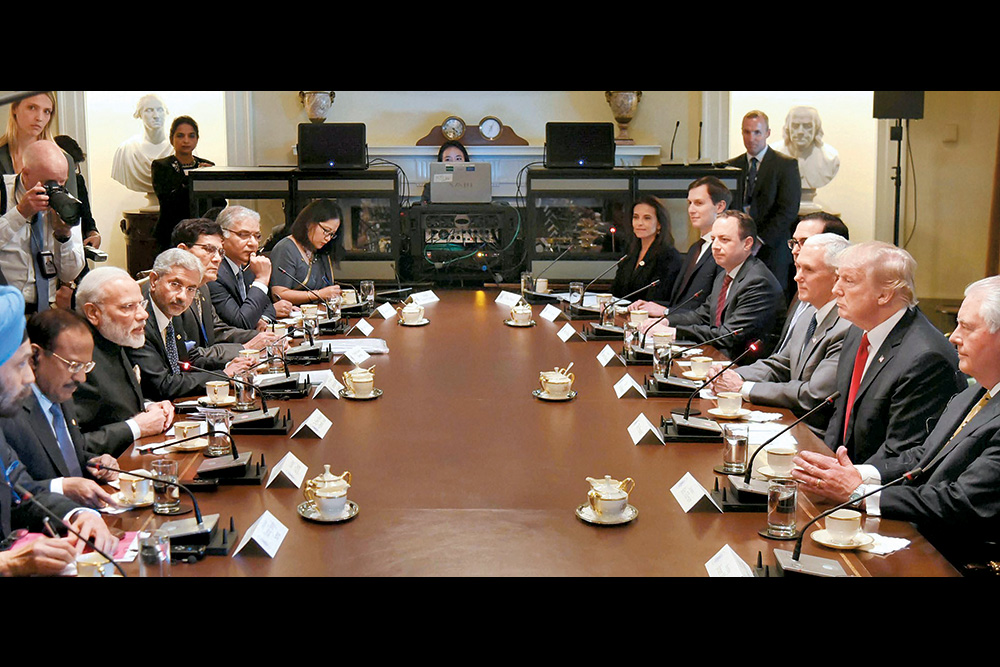 Modi, Trump lead their delegations in talks in the White House in 2017
Photograph by PTI
Pranay Sharma July 04, 2019 00:00 IST Why India's Bitter-Sweet Relationship With The US Is A Diplomatic Tightrope Walk

Few countries match the space the United States occupies in the political discourse of other nati­ons. Irrespective of whether its domineering presence and penchant for interference in others’ sovereign policies is suffered or loa­t­hed, no country can ignore the US. As a Chinese commentator aptly puts, irrespective of one’s geographical position, America is everybody’s neighbour.

It’s a pertinent observation in the present context, when a debate is on in the Indian foreign policy establishment on the future trajectory of India-US ties.

As policy planners search for answers on how to deal with an America exceedingly becoming abrasive under the Trump presidency, many are asking if it is time for India to find reasons to justify why it needs constructive and cordial relations with the US.

“The US under President Trump has become a very difficult and unpredictable interlocutor. Almost mercurial,” opines Commodore (retd) C. Uday Bhaskar, dir­ector, Society for Policy Studies in New Delhi. He points out that...