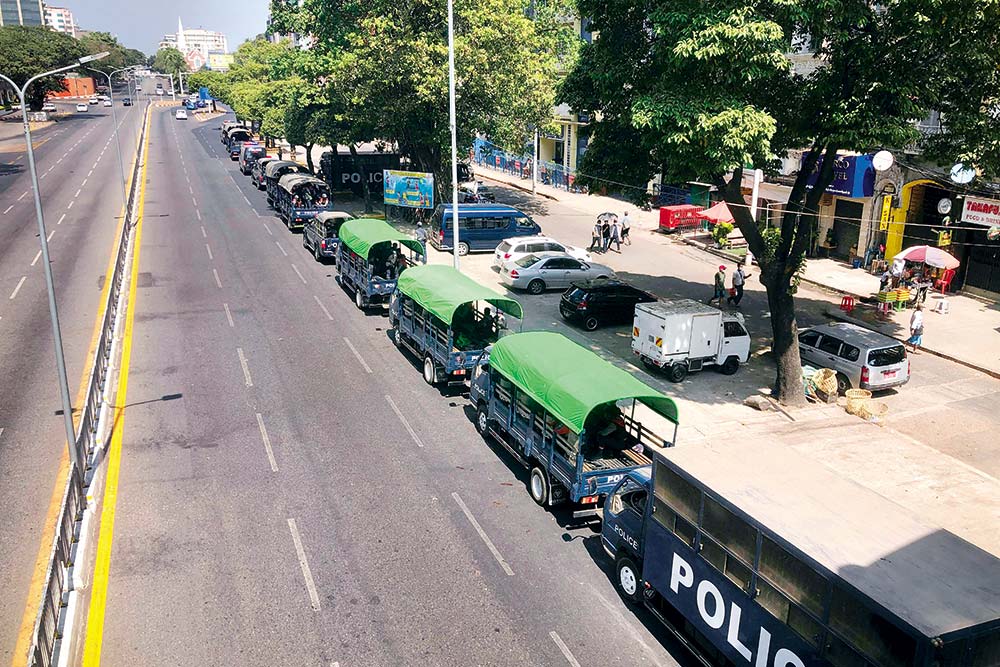 A deserted Yangon road is lined by police vans the day the emergency is declared
Photograths by PTI
Seema Guha February 03, 2021 00:00 IST The Coup Clutch Clan

Lauded by the world in 2015, when the military junta, which had ruled Myanmar for over five decades, gave up some of its powers, thus allowing for a modicum of democracy after national elections, the country has returned to the dark ages. Myanmar’s fragile experiment with democracy ended abruptly early on February 1 with yet another army coup. Unwilling to accept the people’s verdict, which gave Aung San Suu Kyi’s National  League for Democracy (NLD) a clean sweep in the November 2020  parliamentary elections, the army detained Suu Kyi, President Win Myint, other top political leaders, opposition leaders and writers and activists. Army commander General Ming Aung Hlaing took charge, declaring a year-long emergency, and putting democracy on hold—all on charges of election fraud. A shocked international community called for the immediate restoration of democracy and the release of detained leaders. The UN Security Council will discuss the fast-developing situation in Myanmar.