While the Easter blasts that targeted Christians in Sri Lanka reveal a well orchestrated mechanism of planning and execution, the government's failure to curb this bloodshed despite having credible information is even more worrying. 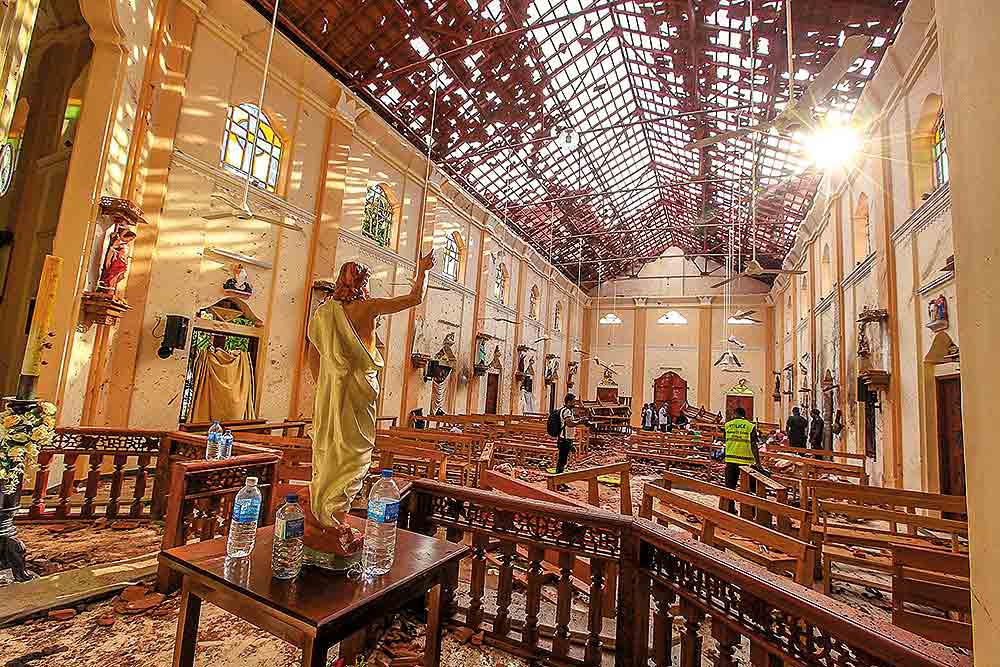 St Sebastian’s Church near Colombo, after it was targeted by one of the suicide bombers
Photograph by AP
Pranay Sharma April 25, 2019 00:00 IST Enemy Within! Deadly Easter Blasts Expose Sri Lanka's Fractured Polity: Is Peace At Stake Again?

Sri Lanka is no stranger to bloodshed. In its seven-decade history as an independent nation, it has gone through long spells of violence, losing prominent leaders to suicide bombers—pioneered by the Liberation Tigers of Tamil Elam  (LTTE)—and consumed by a 26-year period of ethnic strife that convulsed Sri Lankan society and tore it asunder. That dark chapter seemed to have ended in 2009, when the Sri Lankan military eliminated most LTTE fighters along with their chief, Velupillai Prabhakaran, after a protracted civil war.

The resultant Sinhalese triumphalism that arose from its ashes brought some ultra-nationalist Buddhist outfits to the fore. Several had been responsible for the rising communal tension between Buddhists and Muslims. Last year in Kandy, when a truck driver succumbed to his injuries following a fight with some Muslim boys, ultra-nationalist Buddhist outfits whipped up communal passion, resulting in a riot in which one Muslim was killed and several others injured as their shops and property were destroyed.