India, and the world, stand to suffer if the US-Iran Persian Gulf stand-off gets out of hand 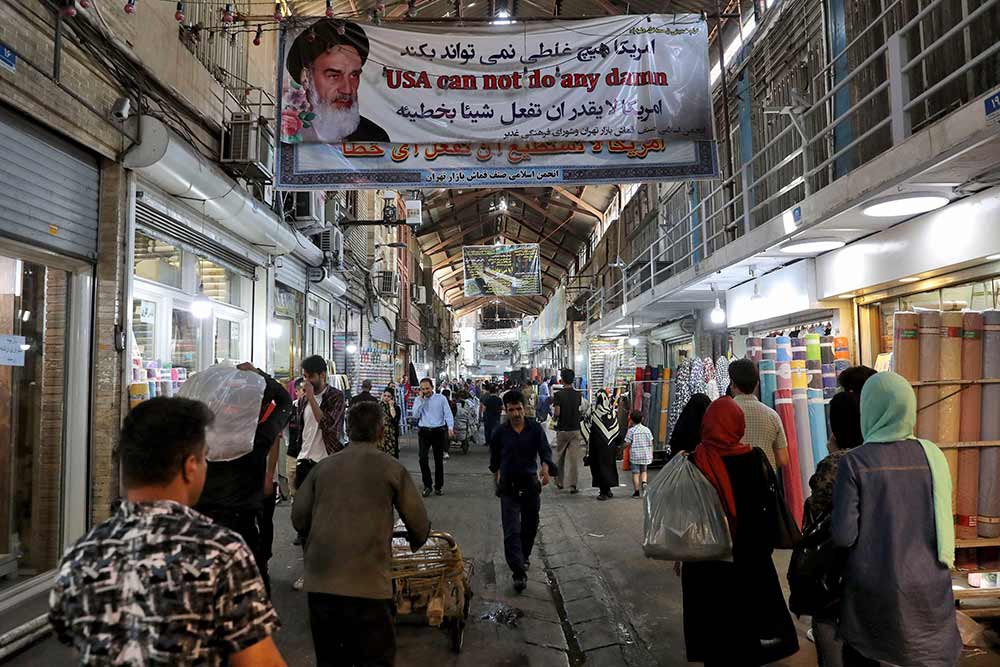 While economic hardship can be plainly seen in Tehran’s old bazaar, the defiant banner is testimony to Iran’s fighting spirit
Photograph by AP
Pranay Sharma June 27, 2019 00:00 IST Strait Of Uncertainty

That the current US administration has no use for volumes of history is another matter, but past experience shows imposing ‘crippling sanctions’ to force adv­ersarial nations to fall in line has seldom worked for American presidents. Armed interventions, too, send out dire warnings across the years. Afg­hanistan and Iraq are two notable exa­mples, where strong-arm tactics had backfired devastatingly, eff­ects of which blight the region still.

As US President Donald Trump and his team of hawkish advisors ratchet up war rhetoric on Iran after the downing of an US surveillance drone by the Iranian Revo­luti­o­n­ary Guard Corps—an incident pre­­c­eded by attacks on several oil tankers from unidentified sources in the Persian Gulf—policy planners across the world are watching the developments with trepidation and a touch of scepticism.

More than one-fifth of the world’s oil passes through the Straits of Hormuz—the 39 km-wide choke point that passes from the Persian Gulf to the Straits of Oman...