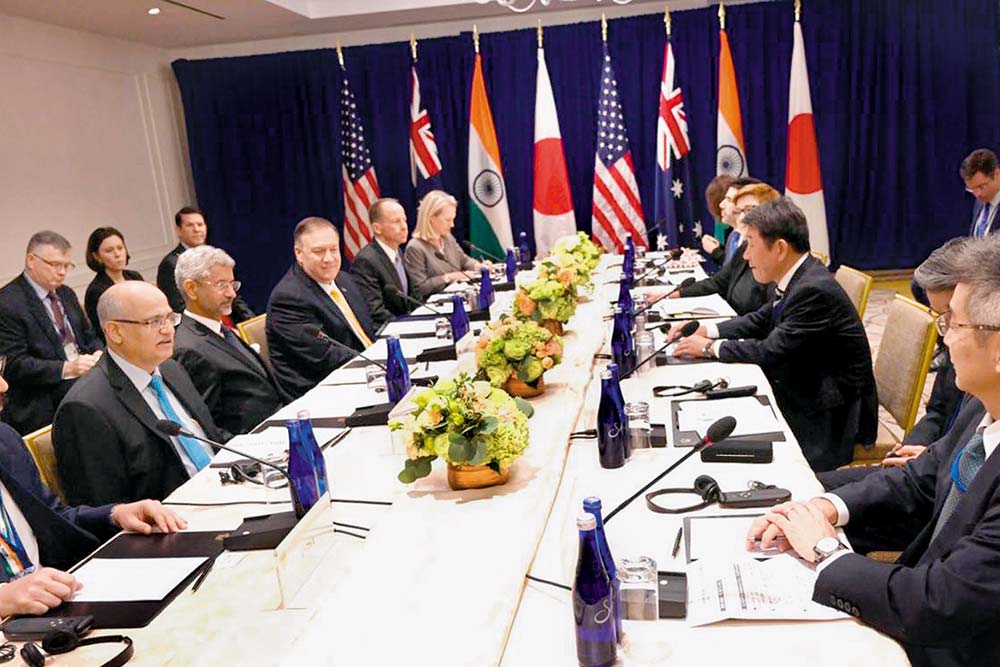 The Quad foreign ministers’ meeting in Tokyo on October 6-7 is taking place at a time when there is a continual churn in the waters of the South China Sea, the East China Sea and across the Taiwan Strait, while a blizzard continues to blow at the edge of the Tibetan plateau, along the India-China border in Ladakh. Being held at a time when China’s muscle-flexing has triggered worldwide concern, the meeting takes on a wider significance. The coming together of the US, India, Japan, and Australia in a quadrilateral arrangement, or the Quad, is regarded by  China as a move to contain its growing military and political clout in the Indo-Pacific—a term that conflates Pacific and Indian Ocean powers.

The Quad had a spluttering start, but faced with a very real challenge of Chinese assertiveness, the alliance is likely to firm up; if China doesn’t let up on aggression, it may turn into a loose defence arrangement in future.

Whatever hesitation India may have once had about joining the group, ost­ensibly to checkmate China, has evaporated...