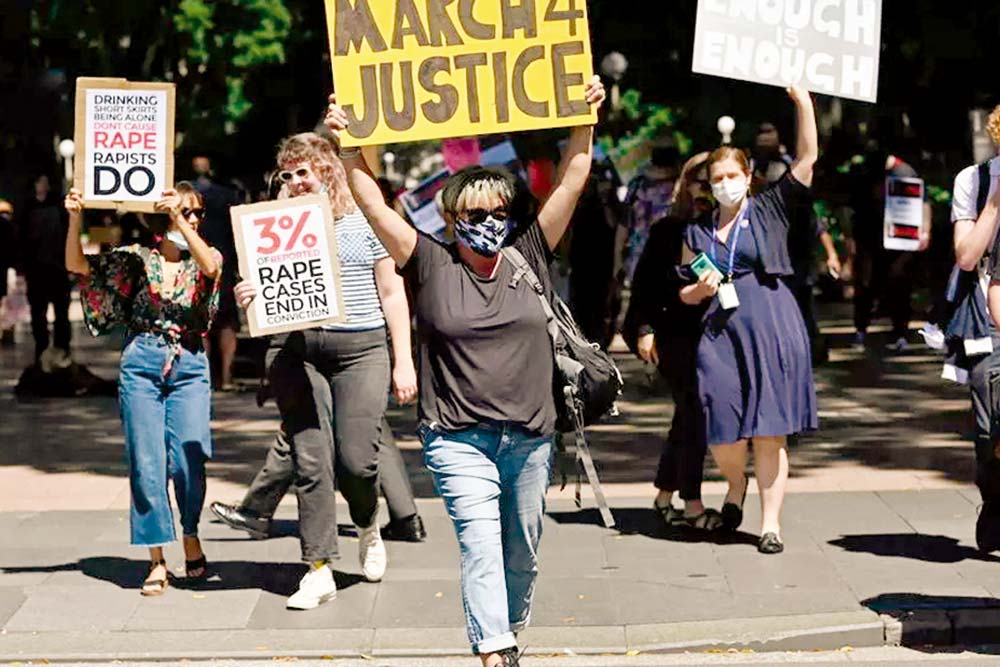 Australia For long, women have been silenced victims of domestic abuse, violence and rape. Now they have hit the streets in protest across three continents. After women in Mexico agitated against endemic abuse and London saw protests against the murder of Sarah Everard, thousands marched in Australia against sexual abuse, triggered by allegations of rape by a staffer in the nation’s parliament.

Europe Germany, France, Italy and Spain joined a growing list of countries—mostly European, starting with Denmark—that temporarily halted the use of AstraZeneca’s vaccine, amid concerns about blood clots in some people who received it. Others include Thailand and Congo.

Venezuela The nation is cash-strapped…literally. With annual inflation hitting 2,665 per...