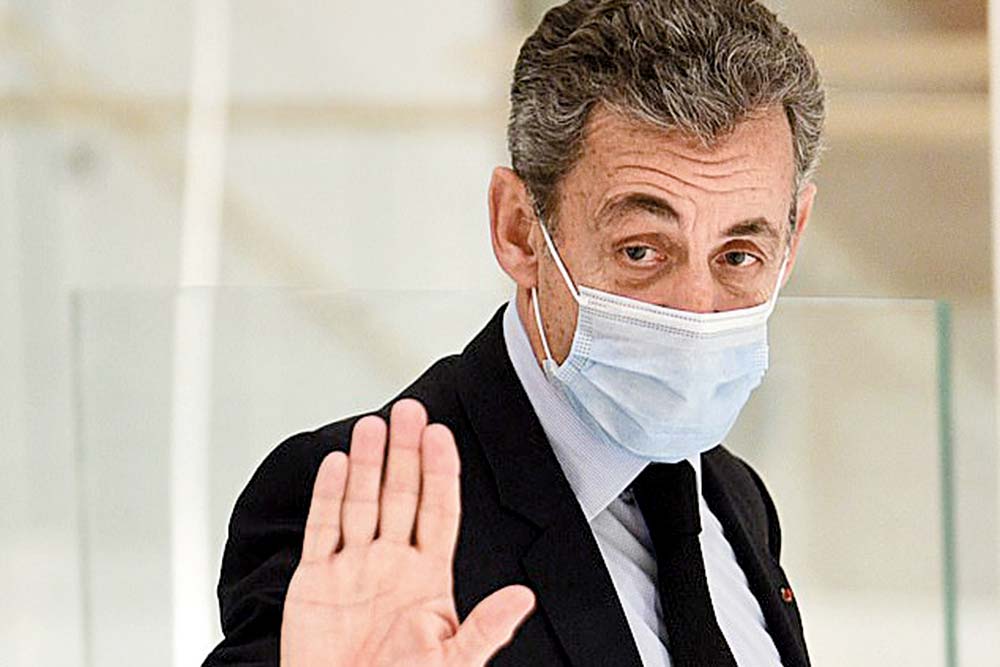 FRANCE A Paris court has found French former President Nicolas Sarkozy, 66, guilty of corruption and influence peddling and sentenced him to a year in prison. He can ask to serve that time at home. He was convicted of trying to bribe a magistrate in exchange for information about a legal case.

PAKISTAN A Lahore court has granted bail to a Christian man convicted in 2018 while still a teenager of insulting Islam by posting a picture of Islam’s holiest site on Facebbok. Nabeel Masih was the youngest blasphemy convict in Pakistan when the court sentenced him to 10 years in prison. Blasphemy has been a contentious issue in Pakistan.

SWEDEN Volvo says it will make only electric vehicles by 2030. The Swedish automaker said that it is phasing out the production of all cars with...