Post Partnership With US, How New Delhi Engages With Washington, Beijing Over Next Few Decades Will Be A Test

China factor has been a driver in India-US relationship since 1962. To see India as a junior military partner of the US will be misplaced, writes director of Society for Policy Studies C. Uday Bhaskar 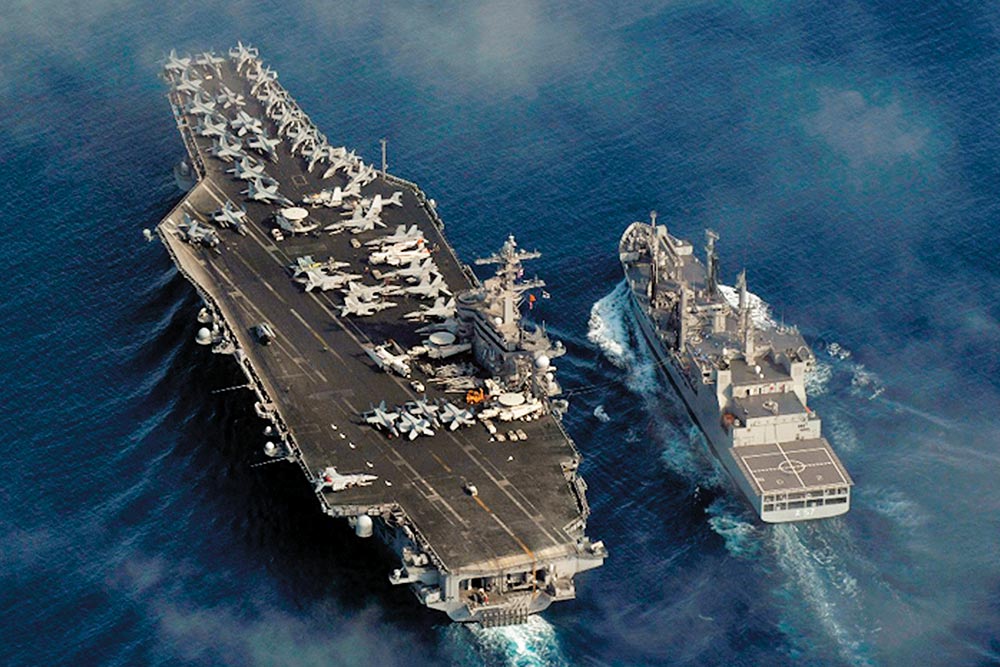 Indian, US warships in the Malabar naval exercise in 2019

C. Uday Bhaskar February 27, 2020 00:00 IST Post Partnership With US, How New Delhi Engages With Washington, Beijing Over Next Few Decades Will Be A Test

The maiden visit of US President Donald Trump to India (February 24-25), with the distinctive high visibility that was on display in Ahmedabad, has led to a semantically significant politico-diplomatic outcome, in that the two nations are now framing their bilateral relationship as a ‘Comprehensive Global Strategic Partnership’ (CGSP).

This was publicly announced by PM Narendra Modi in the Motera stadium on Monday to a crowd of over 100,000, when  he described the texture of India’s relationship with the US and used the words ‘comprehensive’  and ‘global’  to precede the strategic partnership that had been mooted with the US as far back as 2004.

It was formally noted in the joint statement issued when Trump and Modi “vowed to strengthen a India-United States Comprehensive Global Strategic Partnership, anc­hored in mutual trust, shared interests, goodwill, and robust engagement of their citizens”.