Opinion: No Business Deal Yet, Can India, US Resolve Their Differences?

India has vital interests to protect as it greatly values its economic ties with the United States, writes former foreign secretary Kanwal Sibal 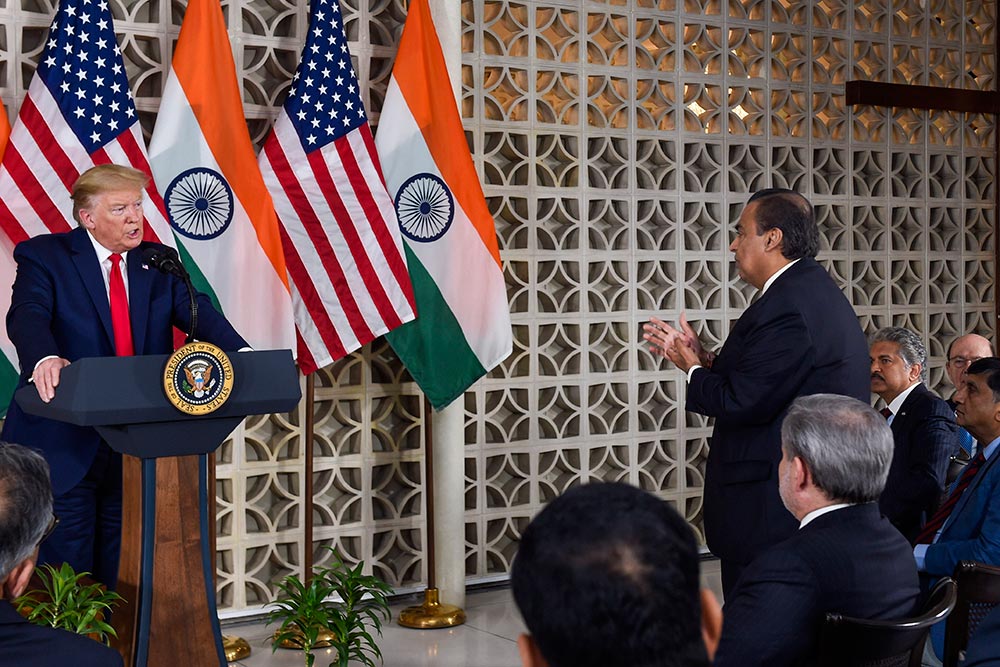 Trade Talk
Donald Trump interacts with Indian business leaders at the US embassy in New Delhi
Photo by PTI
Kanwal Sibal February 27, 2020 00:00 IST Opinion: No Business Deal Yet, Can India, US Resolve Their Differences?

Despite the pressure of a presidential visit, India and the US could not finalise a limited trade deal. It would have been better to resolve this nagging issue as it has influenced perceptions in the US about India’s attractiveness as a partner. The impression that India’s economy remains relatively closed, that it is protectionist, it denies market access and reciprocity to American companies has gained ground, even if it is a one-sided view. In the past, Trump has dubbed India a “tariff king”.

The US wants greater access to the Indian market for its agricultural and dairy products, seeks lowering of tariffs on certain IT products and opposes India’s price controls on medical ­devices. It is against any requirement for ‘local content’ in manufacturing projects. Another American gripe is India supposedly changing the legal framework for e-commerce. The US is keeping a close eye on the Data Protection Bill that is now before the select committee in the parliament. Data localisation and privacy issues threaten to become...