First Indian-American to run for US vice president 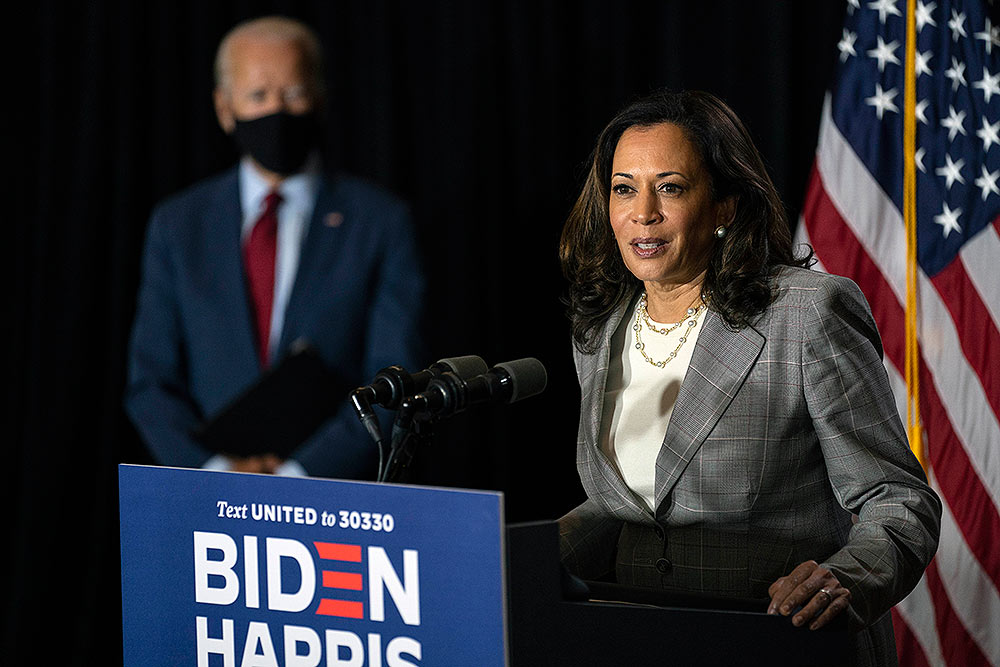 US and them
Kamala Harris speaks at a Democratic rally.
Photograph by PTI
Seema Guha August 21, 2020 00:00 IST Kamala, Here She Comes

By picking Kamala Harris, 55, as his running mate for the Democratic ticket, Joe Biden broke several barriers. She will be the first Black candidate and the first Indian-American to run for vice president. What is more, with the 77-year old Biden not ready for a second term, she is likely to be the presidential candidate in the next elections. All this provided the Democrats defeat Donald Trump in November.

Kamala Harris is the daughter of an Indian cancer researcher mother, Shyamala, and  Jamaican economics professor father Donald J. Harris. She grew up in an activist household and took part in numerous protest demonstrations and marches for racial equality as a child.  So civil and human rights are part of Kamala’s DNA.

Though India is celebrating her success, in the US she is seen as an African-American politician. It is only in recent years that her Indian side has been highlighted. Her uncle, Gopalan Balachandran, a Delhi-based strategic analysis who was earlier with the IDSA, says: “Kamala and her sister Maya are close to all of us...