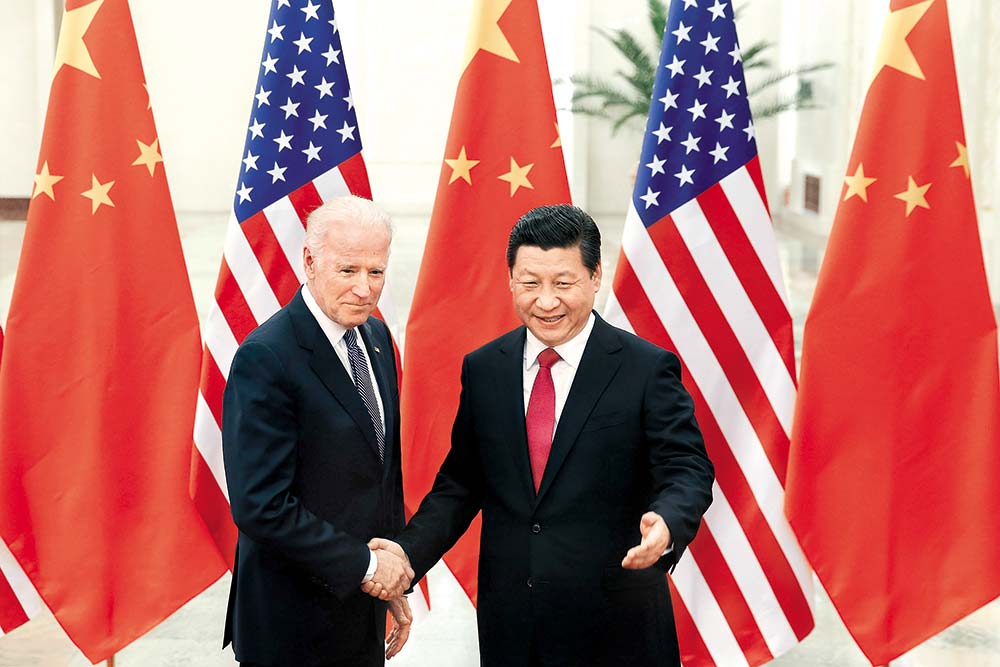 In his inauguration speech on January 20, US president Joe Biden resolved to “repair our alliances and engage with the world again”. Warmer ties with European NATO allies and rejoining the Paris Climate Accord and World Health Organization are, thus, on the cards. But President Biden’s chief foreign policy challenge will be to counter an increasingly aggressive China under President Xi Jinping—an issue that also invited combative US reaction under the Trump administration.

Indeed, there is bipartisan consensus in the US that a rising China is hoping to displace the US as the world’s foremost power in the following decades. President Trump’s China policy, too, has come in for praise across the political divide. How the Biden administration deals with China will have far-reaching impact on the world.

As China’s neighbour and on the frontline of Chinese assertion—Indian and Chinese forces face each other across the freezing  heights of Ladakh—New Delhi will be closely watching developments. Can Biden rein in...