As the Taliban inches close to regaining power, opinion differs as to their rule—bloodbath and medieval brutality or a more tempered, responsible regime 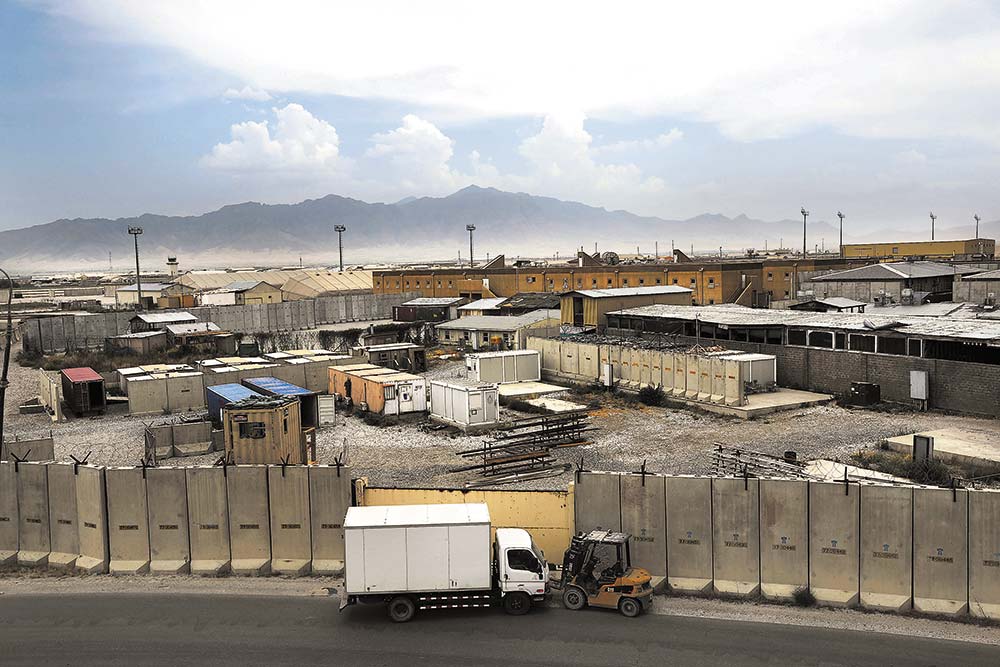 Graveyard Of Foreigners
An empty Bagram airbase, from which the Americans pulled out, like the Soviets before them

Afghanistan torn between adversarial violence, has been roiling for a long time; now, with US and NATO troops finally leaving, the spectre of a civil war has materialised. The countryside is aflame, with the Tal­iban gaining ground each day as it consolidates its hold over rural Afghanistan. Reports of Afghan National Army soldiers switching sides or fleeing for their lives pour in—on July 3, an estimated 1,000 sol­­diers fled to Tajikistan as Taliban forces overran Kandahar’s Panjwai dis­­trict. The Taliban have surrounded all major towns and cities, but are possibly waiting for remaining US troops to leave before a final assault on urban centres.

While the Taliban is expected to topple the Ashraf Ghani government, pundits predict a huge escalation in violence, as government forces are keeping their powder dry for the Taliban’s thrust into Kabul. At the moment the Taliban control 142 out of 421 districts. Contesting controls are reported in another 170.

Unless some kind of peace deal is worked out, Afghanistan is likely to...