India Itchy After US, China, Russia Welcome Pakistan To Discuss Peace With Taliban In Afghanistan 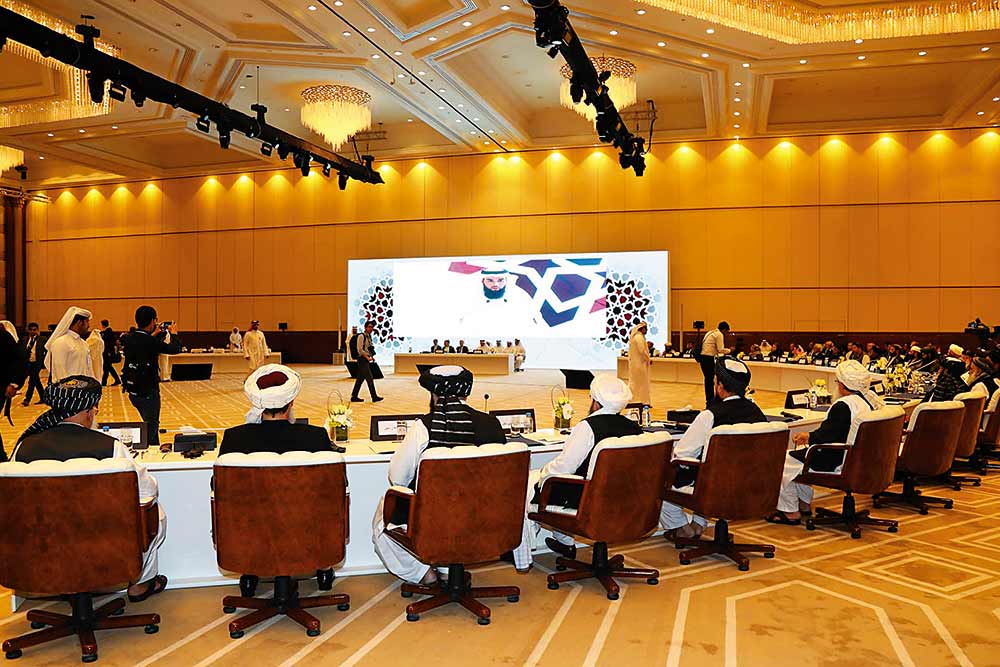 A Taliban delegation attends the Intra-Afghan dialogue in Doha along with other Afghan stakeholders
Photograph by Getty Images
Pranay Sharma July 17, 2019 00:00 IST India Itchy After US, China, Russia Welcome Pakistan To Discuss Peace With Taliban In Afghanistan

America’s diplomatic clock on Afghanistan seems to be turning a full circle. Nearly two decades after the United States stitched up a multi-nation coalition to throw out the Taliban in the wake of the 9/11 terror attacks, the Donald Trump administration is making frantic efforts to bring the terrorist outfit to the negotiating table. His aim: to put up a framework for peace in the war-ravaged country that would enable him to pull out US troops.

But there is widespread fear that the US is conceding too much space to the Taliban, so that they are in a commanding position to shape Afghanistan’s fut­ure. The urgency on Washington’s part stems from  Trump’s electoral pro­mise of bringing US troops home by ending America’s longest war—a boost to his leadership credentials before he prepares to seek a second term in 2020.

Interestingly, the American move has been endorsed by China and Russia. But what is worrying India and others most is the effort the three countries made to bring Pakistan firmly back in the Afghan...