In A High, Cold Plateau

The disengagement in Ladakh cools the overheated boiler, but the border issue will now take precedence in Sino-India ties 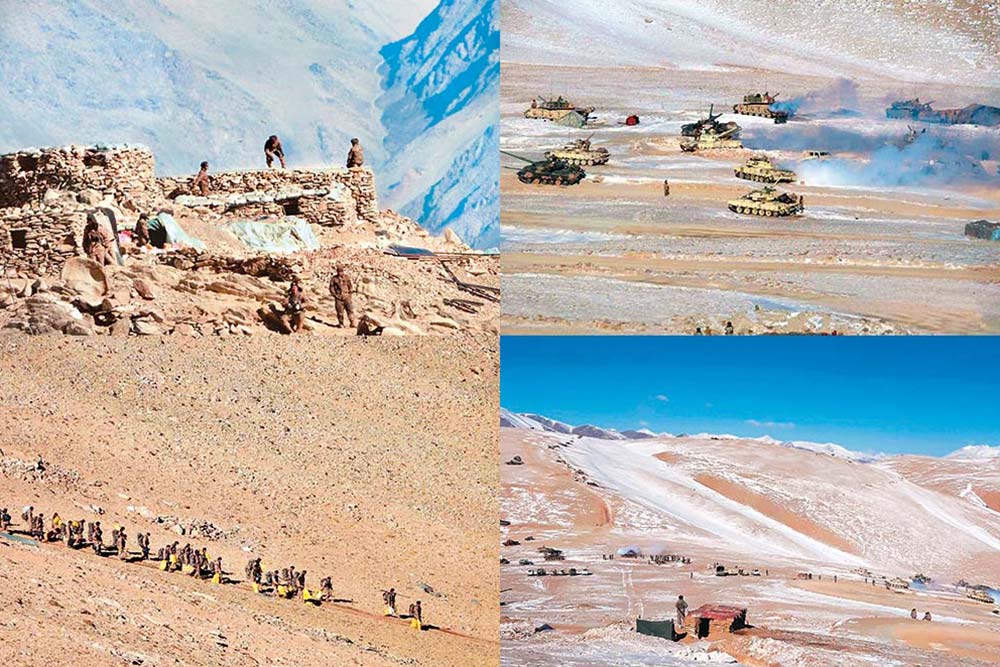 For all the rapprochement over the past 30 years—joint working groups, appointment of special representatives, the five agreements to maintain peace along the border, confidence building measures and, lastly, high-profile summits between heads of state--suspicion of China is deeply rooted in the Indian psyche. Ever since India’s defeat in the 1962 border war, the Chinese have been regarded with ingrained distrust. That has now been reinforced manifold by the border clashes in Ladakh last year, and the protracted military stand-off thereafter. Yet, despite the loss of lives and the amassing of troops on both sides, the two countries managed to pull back from the razor’s edge. All through this tough period, India and China continued talking. This has finally yielded results—a disengagement process has now begun in Ladakh. What the future holds for Sino-India ties once the process is completed is unclear, with the post-COVID-19 international situation continuing to be in flux.

Much will depend on the power play between the US and China. At the G7...