Howdy America: PM Modi Has Lot To Do In US Than Counter Pakistan On Kashmir

A Gandhi conference, the UN General Assembly, a climate summit, an investors' meet and a gushing NRI welcome -- Narendra Modi has a lot to do in the US than just counter Pakistan on Kashmir 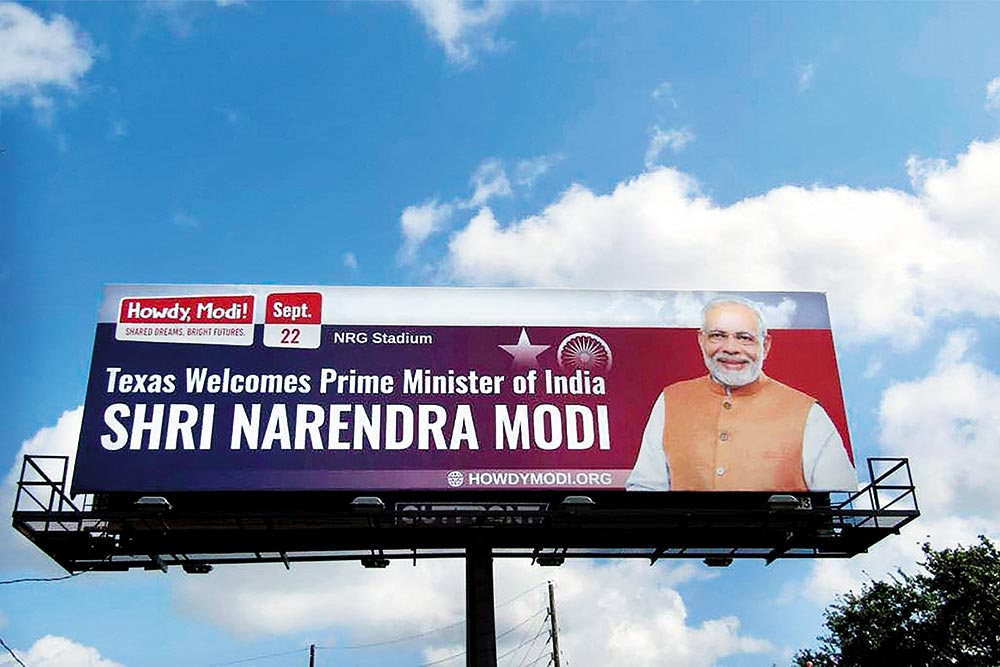 A Houston banner announces the ‘Howdy Modi’ event
Photograph by PTI
Pranay Sharma September 18, 2019 00:00 IST Howdy America: PM Modi Has Lot To Do In US Than Counter Pakistan On Kashmir

At a time when a hyper-ventilating Imran Khan is regularly issuing painfully imploring threats of a Indo-Pak nuclear war over Kashmir, Narendra Modi has decided to use the Gandhi shield to deflect the Pakistani verbal nukes by highlighting the teachings of the Mahatma and their relevance in facing the challenges confronting today’s world.

The ideal platform: a cross-regional event at the United Nations on Sept­ember 24, titled ‘Leadership Mat­ters’, where leaders from different parts of the world would speak on the uses of Gandhian idealism in today’s world. A star line-up of speakers include prime ministers Jacinda Ardern of New Zealand, Sheikh Hasina of Bangladesh and Andrew Holness of Jamaica, Pres­ident Moon Jae-in of South Korea and UN Secretary-General Antonia Guterres, who will all talk on how Gandhiji’s ideals have helped them deal with key crises in their lives. PM Modi will also speak.

World leaders will be congregating at New York from this weekend for the United Nations General Assembly, which begins from...