Barring 1962, when the neighbours went to war, not a single bullet has been fired across the Sino-Indian border since 1975 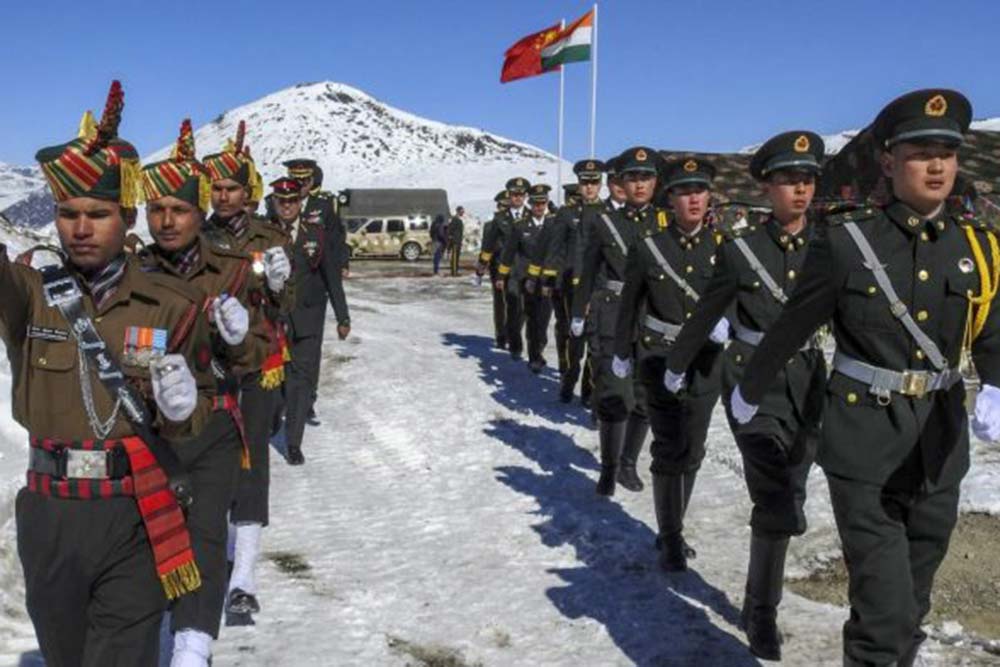 Three years ago, a prolonged stand-off between Indian and Chinese troops on Bhutan’s Doklam plateau had sparked alarming speculation about the proximity of an armed conflict between the two Asian giants, and how such a frightening possibility would destabilise the sub-continent and the region beyond. That crisis, however, was resolved in 73 days without a shot being fired.

But similar worries have started clouding minds of policy planners as Indian and Chinese soldiers have over the past week begun to pitch tents and enforce their respective positions along strategic points in Ladakh, in the western sector of the Line of Actual Control (LAC). The build-up at the border—triggered by aggressive posturing and ‘transgressions’ by soldiers of the People’s Liberation Army (PLA) into the Indian side of the LAC—coincides with a marked rise in anti-China feelings in India as sections make common cause with the anger against the Chinese leadership across the world in the wake of the COVID-19 crisis.

The question arises if the two...