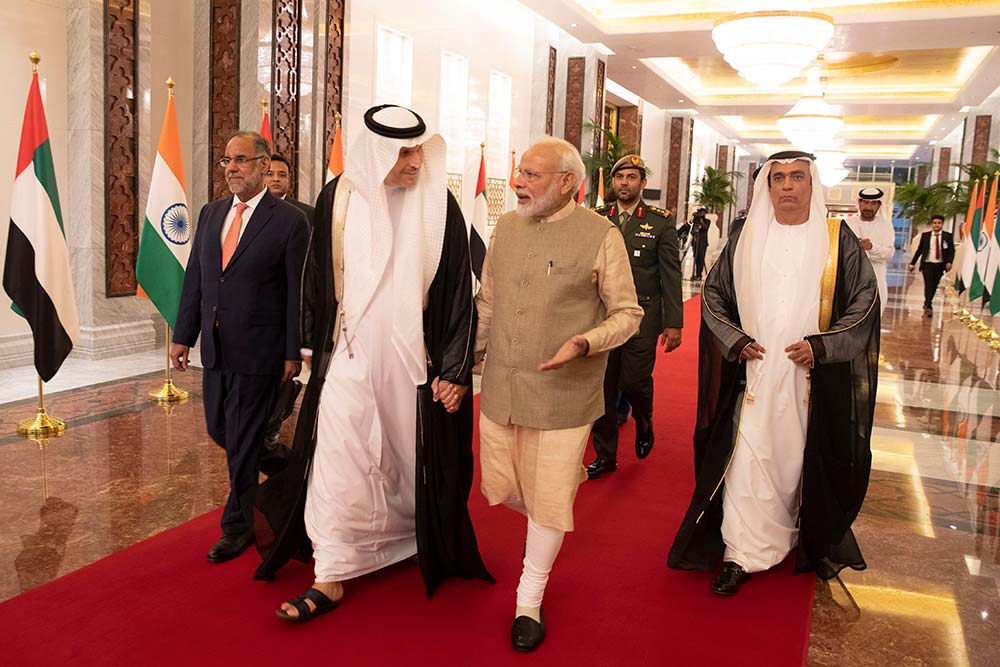 Bridging the Gulf
PM Narendra Modi during a visit to Abu Dhabi in 2019.
Photograph by AP
Pranay Sharma May 15, 2020 00:00 IST How A Frozen World Economy Will Ruin Migrants' Livelihoods, Slash Remittances

Not just a section of our brightest talent who have measured their worth against the best in the world and made us personally, collectively and, increasingly, officially, proud of their accomplishments, migrants from India engaged in modest professions have also played a large role in being ambassadors of Indian history and culture. The generations of truckers in Canada, say, have played a crucial role, as have top academics in the US. As a leading country of origin for international migrants with an impressive diaspora of 17.5 million that sends nearly $80 billion every year as remittance, it is extremely difficult for any Ind­ian government to be indifferent to its plight.

This, perhaps, is more so for a ruling dispensation that has used nationalism as its main political plank, seeks to use the diaspora and its growing political-economic muscle to further India’s image and interests, and has to address the rising aspiration of a young nation, where many look for a future out of India.

Against this backdrop, on May 7, began Vande Bharat (Hail...