Talks between the Taliban and the Afghan government are underway in Doha. After avoiding the Taliban for long, India must now accept reality and engage with it. At stake are vital interests in Afghanistan. 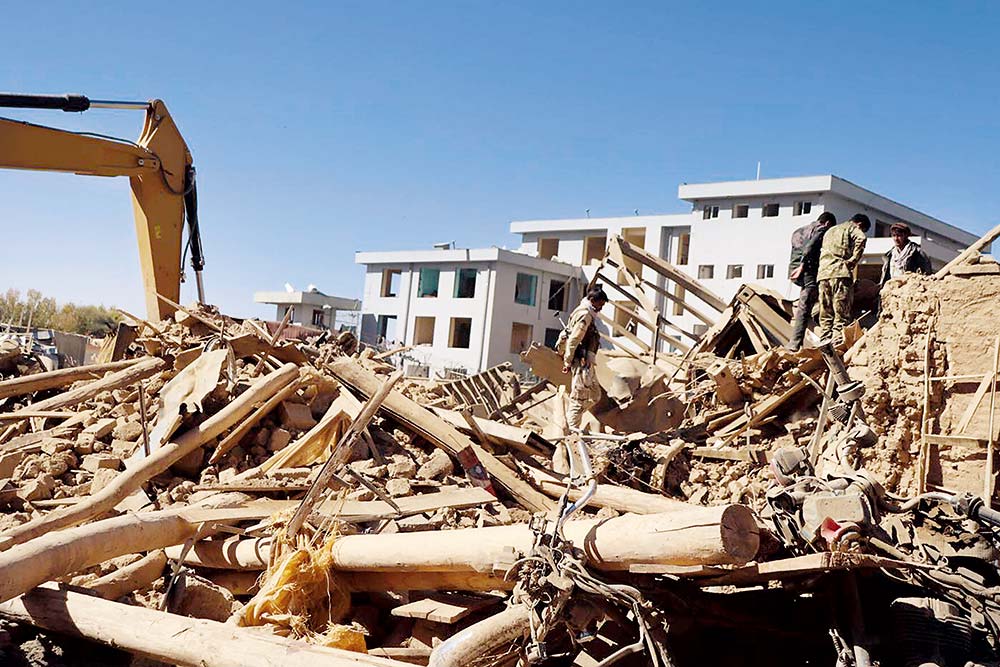 As talks go on
The scene of a suicide car bombing in Firozkoh, Ghor province, Afghanistan, which killed 12 and injured 100 on October 18. Main suspect: the Taliban.

Political negotiations to end 18 years of civil war between the Afghan government and the Taliban that started on September 12 in Doha, the capital of Qatar, has not stopped the periodic bloodletting—latest spurts in a conflict that has ravaged the country and killed nearly 1.57 lakh people, including 43,000 civilians. Despite the violence, neither side has pulled out of talks, bringing a sliver of hope to a long-suffering, war-weary people.

Though it is normal for a ceasefire to be declared before formal talks to end a conflict begin, the Taliban adamantly refused to stop the violence before a peace plan is signed. “The Taliban has no other assets but its propensity for violence. If that stops, what is its leverage? The violence it can unleash is its main negotiating asset, a bargaining chip. It cannot afford to give this up in the initial stages of the talks,’’ says Gulshan Sachdeva of JNU’s School of International Studies, who has lived and worked in Afghanistan.

After attending the Doha talks with the Taliban, Abdullah...