With Pakistan becoming a major impediment in improvement of Sino-Indian relationships, PM Narendra Modi's informal meeting with Xi Jinping in Mamallapuram will be significant 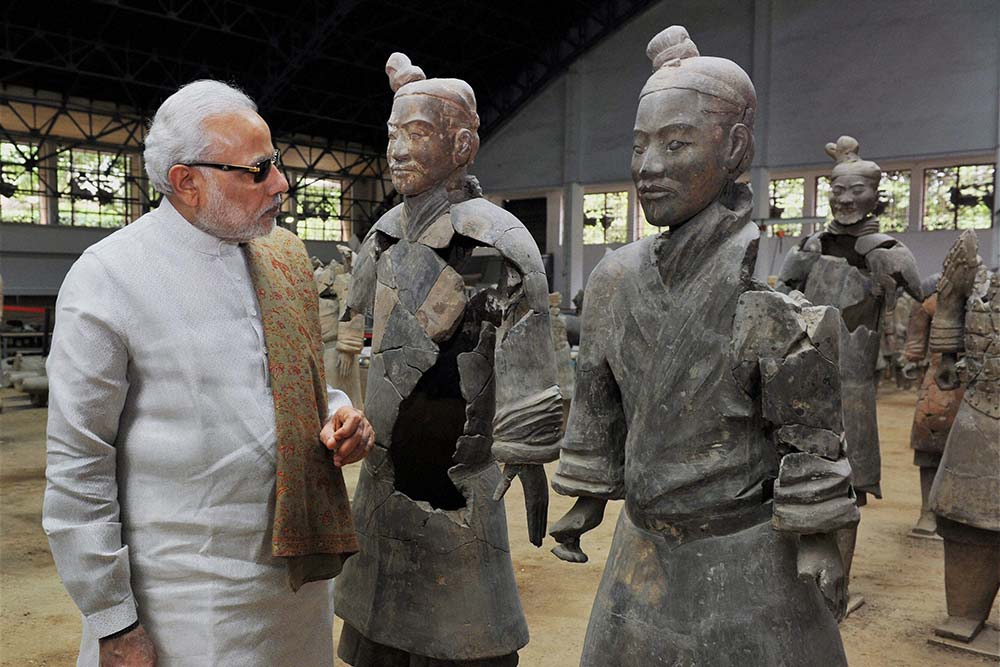 The western and eastern flanks merit different approaches. Tra­ditionally, the Indian foreign policy establishment has tried to make a distinction between the challenges it faces from Pakistan and the ones posed by China.

Its western neighbour’s steadfast rec­alcitrance—the feelings are now mutual—has stemmed in part from its pathological hatred towards the idea of India, as manifested through direct or sponsored acts of terror in Jammu and Kashmir and elsewhere in India, most horrifically in the 26/11 Mumbai attacks.

Despite going to war with India in 1962 over the unresolved boundary, China has had a more pragmatic approach in its rel­ations with New Delhi, where cooperation and competition have both been par for the course. Increasingly though, that distinction is getting blurred. Beijing has been stepping out repeatedly to shield Islamabad from initiatives taken by New Delhi to internationally marginalise Pakistan to force it to give up terror as its only foreign policy tool against India. It is significant, therefore, that the...