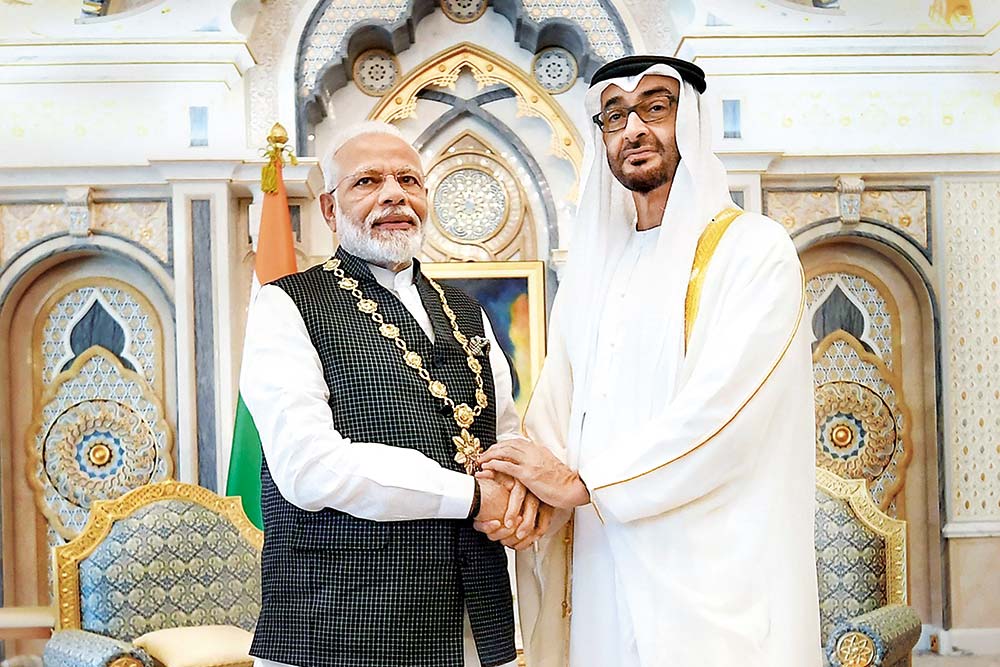 Smarting under India’s rising stocks in a region that has traditionally stood by it in past crises, Pakistan has launched an agg­ressive diplomatic campaign to enlist the unequivocal support of Gulf nations on Kashmir and recover its status as their most coveted South Asian partner. Much of Pakistan’s dismay stemmed from the United Arab Emirates and Bahrain’s decision on August 24 to separately confer their highest civilian awards on Prime Mini­ster Narendra Modi, a leader Imran Khan had been trying to present as the chief tormentor of Kashmiris.

To make matters worse, US President Donald Trump, who the past few weeks had been dangling the ‘mediation betw­een India and Pakistan’ carrot before Imran as a spur to restart the stalled dia­logue, agreed with Modi that the two neighbours should resolve the Kashmir issue bilaterally. Modi and Trump met at the G7 Summit at Biarritz, France, where the PM was present as a special invitee of French President Emmanuelle Macron, indicating a growing closeness between the two sides as well...