Economic, strategic engagements between India and Saudi Arabia are at a crucial juncture. Crown Prince Mohammed bin Salman’s visit will give a vital push to ties. 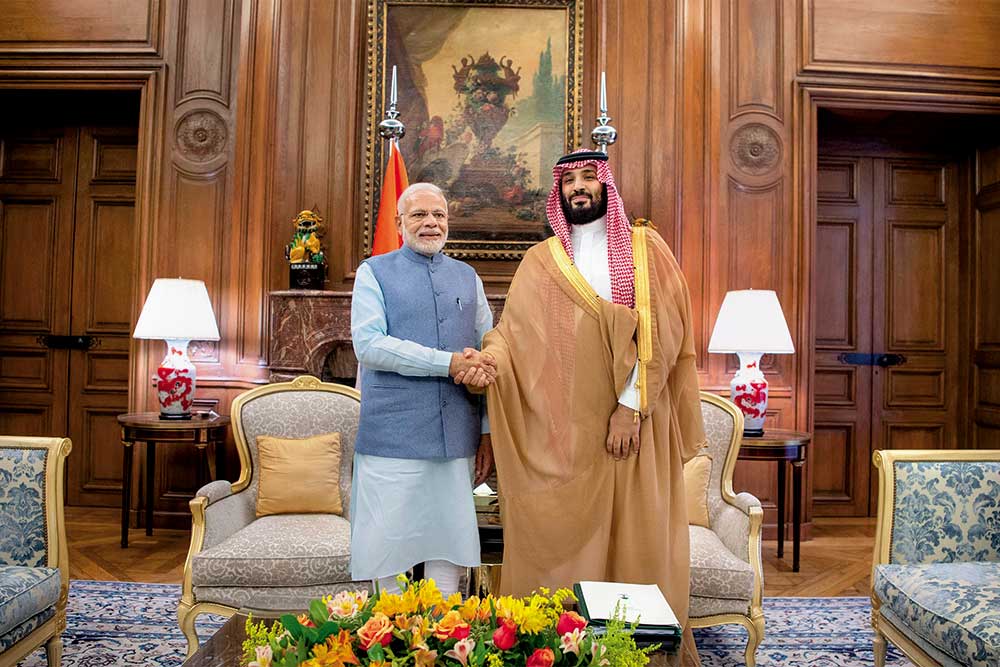 Holding regular elections is consi­dered a hallmark of a vibrant and functioning democracy. But its fli­pside, entailing the possibility of a regime change, often makes world leaders extremely reluctant to embark on important visits to a country scheduled to go to polls in a few months.

Saudi Crown Prince Mohammed bin Sal­man certainly bucks this trend. His maiden State visit to India—from February 19 to 20—comes at a time when preparation among political contenders for the 2019 Lok Sabha polls has begun in earnest, with Prime Minister Narendra Modi all set to seek the Indian electorate’s verdict on his government’s performance in the last five years.

The Crown Prince’s trip to India was firmed up at a meeting between him and PM Modi on the sidelines of the G20 Summit in Buenos Aires in November last year. Part of his four-nation visit, the Crown Prince will be going to Pakistan and Malaysia before coming here and visit China after his Indian engagement.

Some feel the Crown Prince had a choice of either keeping India...