The genocide committed by Pakistan on Bangladeshis was unmatched since the Nazi holocaust. On the 50th year of this crime, Pakistan must apologise. 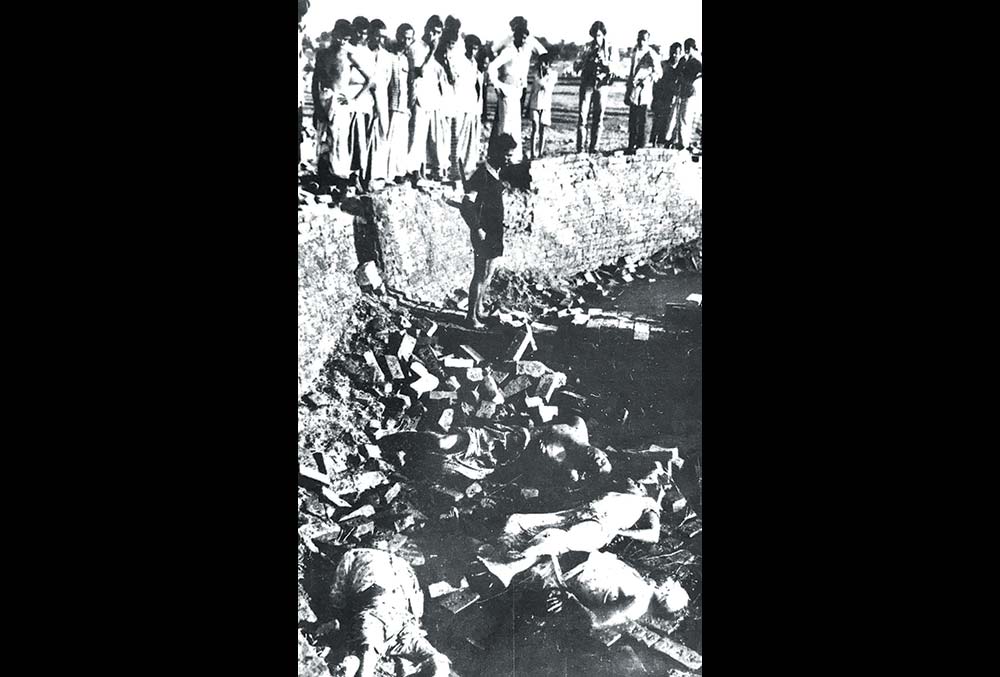 Killing Fields
Bodies of martyred intellectuals and other victims of the genocide were dumped in the swamps of Rayer Bazar, Dhaka

This year we celebrate the Golden Jubilee of the war for liberation of Bangladesh and India’s spectacular victory against Pakistan. It is also the birth centenary of Sheikh Mujibur Rahman. But we must not forget that this was a war against Pakistan’s genocide on the people of erstwhile East Pakistan. According to estimates, three lakhs to three million Bangladeshis were killed in the massacres by the Pakistan Army, and 10 million were forced to flee to India.Desc­­ribing the 23 years of West Pak­is­tan’s tyranny over East Pakistan, She­ikh Mujibur Rahman had, in 1971, cal­­led it a period of “continual lamentation and repeated bloodshed”.

The oppressive tendency of the West was manifest right from Pakistan’s ind­ependence. The Pakistan Constitution Order, 1947, authorised the Governor General, Muhammad Ali Jinnah, to appoint ministers, allot portfolios, disregard the advice of ministers and declare emergency. The 23 years of oppression was designed to crush Bengalis—politically, educationally,...