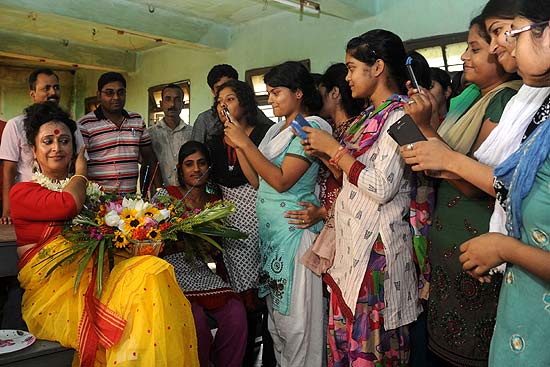 The Other Gender’s Road

She is the first transgender ever in the world to be appointed principal of a college. And as Manobi Bandyopadhyay settles into the top chair at Krishnanagar Women’s College, she seems unaffected by the frisson of curious excitement around her. “Would there be so much fuss if any other woman had been appointed?” she asks. “I feel honoured, but the fact that this has attracted so much attention across the world is a reminder that it is so only because I am a transgender. People don’t see me as...