Until recently, Pakistani PM Imran Khan was being hailed as a hero at home for having convinced the US president that Kashmir was a ‘flashpoint’ in urgent need of ministration. But India’s Kashmir moves put Pakistan in a spot. 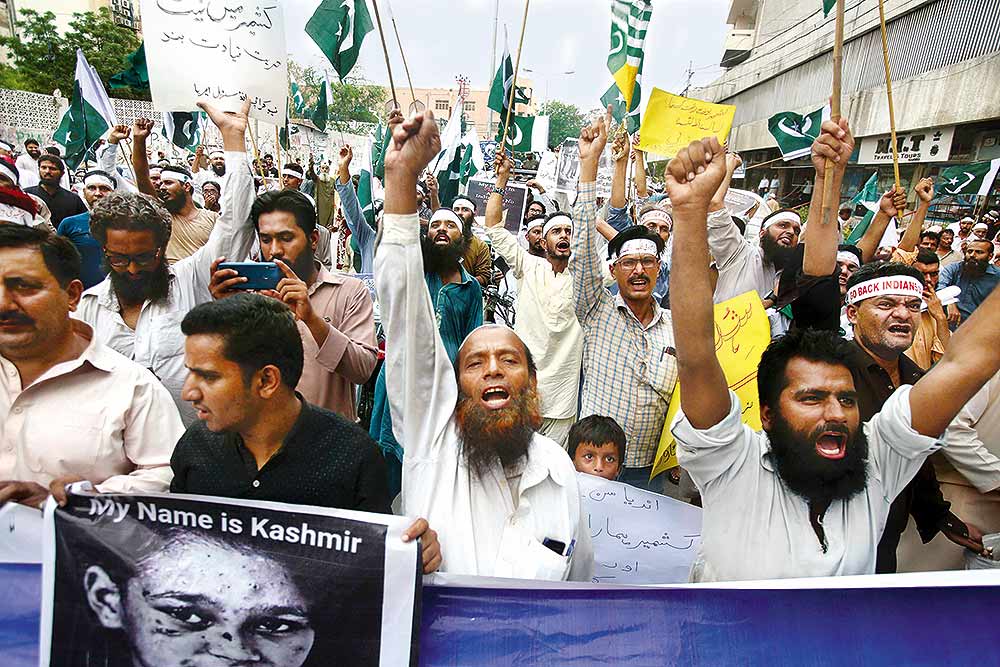 It’s the one yardstick by which all Pakistani politicians and military leaders are judged. Every Pakistani leader worth his vaulting rhetoric must successfully handle the Kashmir “dispute” with India in public, so crucial an indicator it is of political fortunes and longevity. Faring well vis-a-vis the ‘hostile’ eastern neighbour in this crucial area, especially before an international audience, is a must.

Under rising pressure and fierce criticism from his political opponents at home in the wake of India’s decision to scrap Article 370 and bifurcate the state of Jammu and Kashmir, Imran Khan on August 7 responded by expelling the Indian high commissioner in Islamabad, Ajay Besaria, and decided to withhold the new Pakistani high commissioner to Delhi. The Pakistani PM, who chaired a high-level meeting during the day that was attended by senior members of the civilian government as well as the military establishment, also took a series of steps to downgrade relations with India—bilateral trade was to stop and the Wagah-Attari border...