Winter Break Is Over

With Pakistan smugly secure in this war season, India is all alone in Kashmir 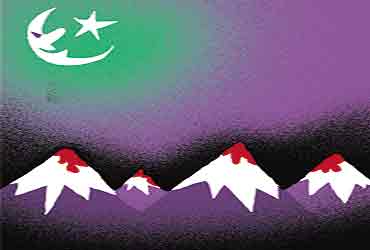 outlookindia.com
-0001-11-30T00:00:00+05:53
The cold-blooded massacre of 24 Kashmiri Pandits in south Kashmir on March 23 is easily the worst terrorist outrage to have taken place in the Valley since the Chitsinghpura massacre of Sikhs almost exactly three years ago. Few harbour any doubts that the killers were from Pakistan, but nearly all have found ways of turning a good part of the blame inwards upon elements of the Indian State. Thus, some BJP leaders have lost no time in putting the blame for the killings on the PDP government's soft stand on terrorists; others have seen in it the delinquency, and perhaps connivance, of elements of the local police; still others, including the Mufti himself, have accused the perpetrators of trying to derail his policy of reconciliation. All of them, though, agree that a major security failure was involved.

Meanwhile, few realise that this kind of internal finger-pointing is exactly what the terrorists wanted to set off. It disorganises the local government, demoralises the security forces by making them lose confidence in political leaders, and muddies the chain of command....