Will The Stallion Baulk In Mid-Gallop?

What next, will the VHP repeat Gujarat in MP, Chhattisgarh, Rajasthan and even UP in 2003? Not unless we give it another Godhra. 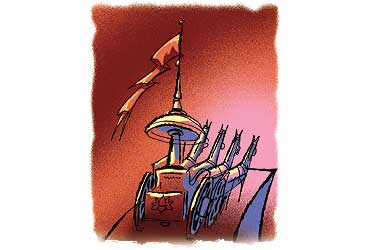 illustration by Jayachandran
Ashutosh Varshney December 30, 2002 00:00 IST Will The Stallion Baulk In Mid-Gallop?

outlookindia.com
-0001-11-30T00:00:00+05:53
Is Hindu nationalism, after Gujarat, set on an inexorable march to political victory? Or, will the rough and tumble of Indian politics clutter, impede and ultimately stop its onward march? This vitally important question has returned to the national political agenda. It will soon be answered in the electoral playing fields of Rajasthan, Madhya Pradesh, Chhattisgarh and, quite possibly, Uttar Pradesh in 2003. What does Gujarat mean for the rest of the country? What should we expect elsewhere, and why?

Leaving the scale of the BJP's victory aside, we should first note that there is nothing in the least bit surprising in the results of the Gujarat polls. Anyone who has spent time doing research in Gujarat in recent years knows that Gandhi's Gujarat, a towering part of modern India's customary history my generation was reared on, is at best a faint historic memory for most people in that state. Lonely and brave Gandhian NGOs aside, Hindu nationalism is the air Gujarat breathes today. Ishwar Allah tero naam and Vaishnav jana to tene kahiye are by now mere historical...