Poor? Debt-ridden? Desperate? The Congress promises to repair India (and itself) if it gets the job. 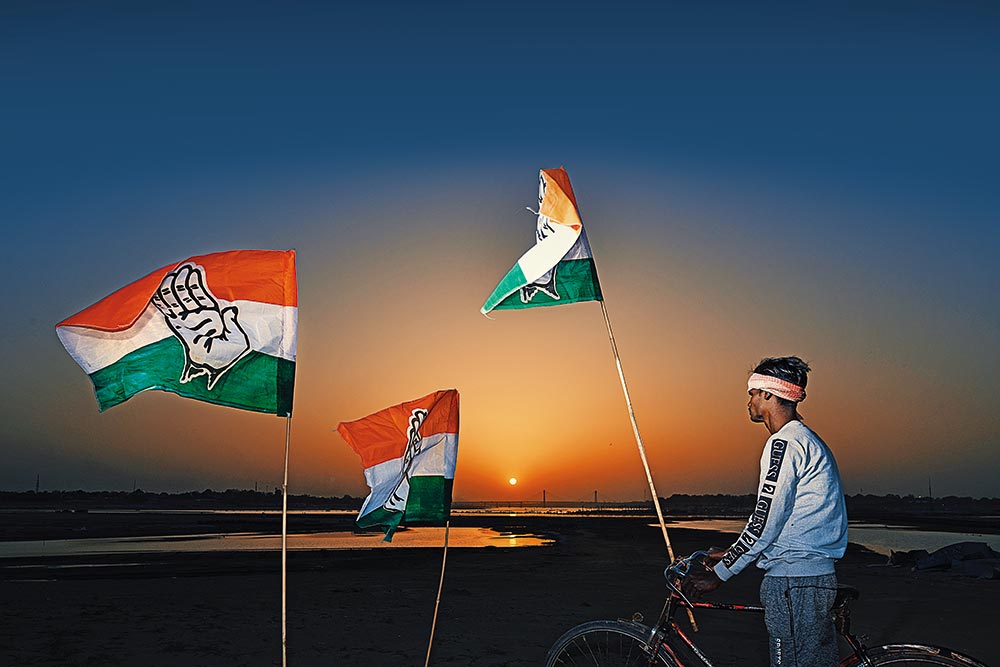 Within a couple of days, the prime minister had to take to outer space to change the narrative. Soon enough, the usual choristers and critics were out fighting online. “Only Narendra Modi could have done it,” said one side. “Surgical strike on jehadi aliens,” said a Twitter wit. What compelled him, though, to strain at the leashes of the Model Code of Conduct and make a statement of India’s space capabilities? Something that was happening back in the space of terrestrial reality. His chief rival, the Congress, has been behaving a bit like a shooting star in recent times—one minute it’s on a brilliant surge, the next minute you can’t see the damn thing. But early this week, it had shaken off the supine defeatism it sometimes exhibits and come out with a policy promise that got everyone talking.