Insulating PM Modi from accusations as election season hots up is top priority for the BJP. The rest can be managed, they say. 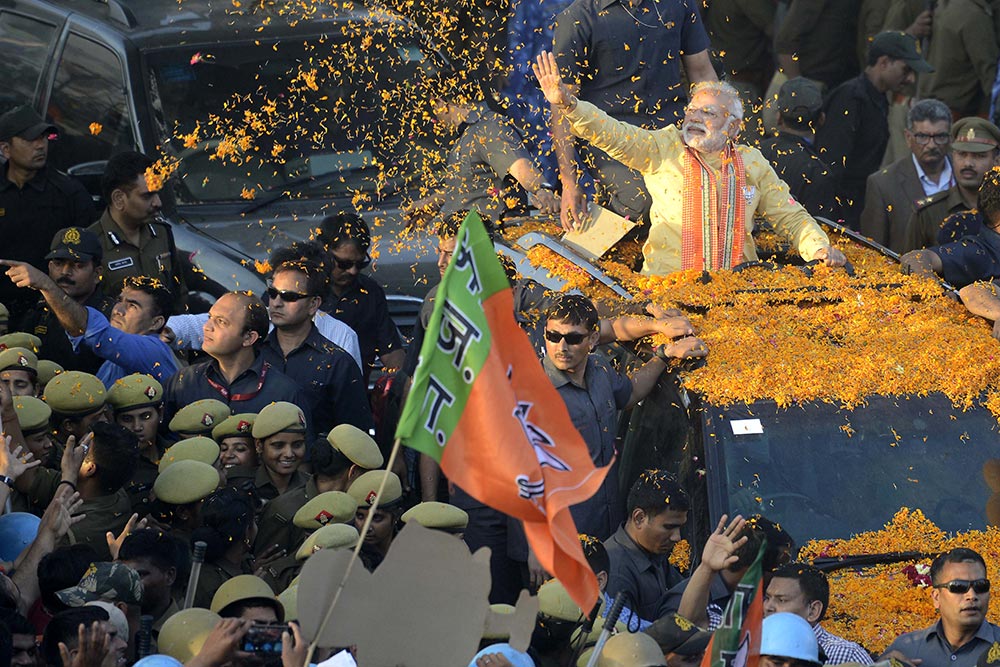 Centre Forward
PM Modi waves to the crowd during his roadshow in Varanasi last year
Photograph by Getty Images
Bhavna Vij-Aurora November 09, 2018 00:00 IST Will Modi Come Back In 2019?

The air quality is getting intense, the drums sound like distant thunder, like the infantry rolling in. Fireworks have always punctua­ted India’s soundscape in recent years, but the feel is suddenly that of an approaching crescendo. After a period of some confusion and doubt, BJP footsoldiers are again out in full martial aspect, swamping real and virtual spaces. “Hindus are anxious,” goes the chanted refrain. Everything is painted as acts of forces inimical to faith, and turned political. The court’s delay over the Ayodhya verdict, the decision to allow women into the Sabarimala shrine, even pollution control. The captains and their lieutenants are hyperactive too, changing the name of cities, dangling private member bills, marshalling truculent troops, talking of termites.

There is nothing random about the stridency; it’s not cacophony, but organised noise. Yes, a clutch of crucial assembly elections are at hand this winter,...