KCR has already lured around 10 Congress MLAs to reduce the party to single digits in the assembly. 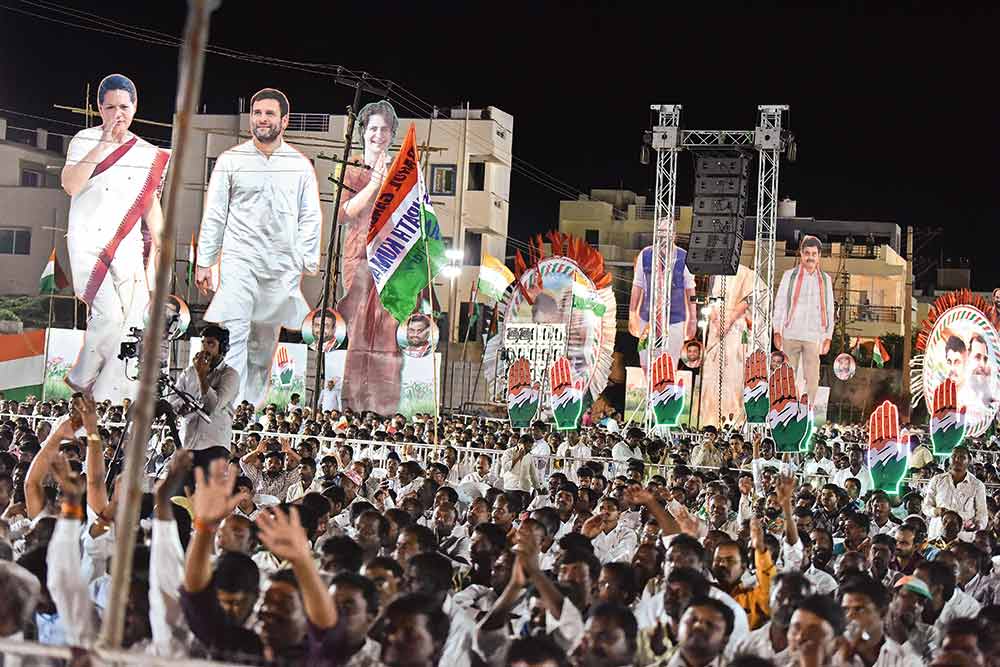 The two Telugu states, it would ­appear, have abandoned the Congress that was once the most trusted party for the people of undivided Andhra Pradesh. Even in the post-Emergency elections of 1977, when the Congress faced a voter backlash across the country, Andhra Pradesh stood by the party helping it win 41 of the 42 Lok Sabha seats. But that was a long time ago.

When the Congress-led UPA-II government approved splitting the state to create Telangana, the angry people in Andhra voted in vengeance to ­ensure the Congress did not win a ­single Lok Sabha or assembly seat in the 2014 general elections. The people’s ire was born out of the fact that the party had ignored their claims over state capital Hyderabad.

The Congress leadership underestimated the deep sense of attachment to Hyderabad among coastal and Rayalaseema people. Having invested heavily in the city, they had hoped that even in case of a bifurcation, the Centre may retain it as a common capital like Chandigarh is to Punjab and Haryana. That did not happen.