Nitish Kumar has always been the NDA’s face in Bihar. It would be no different this time. 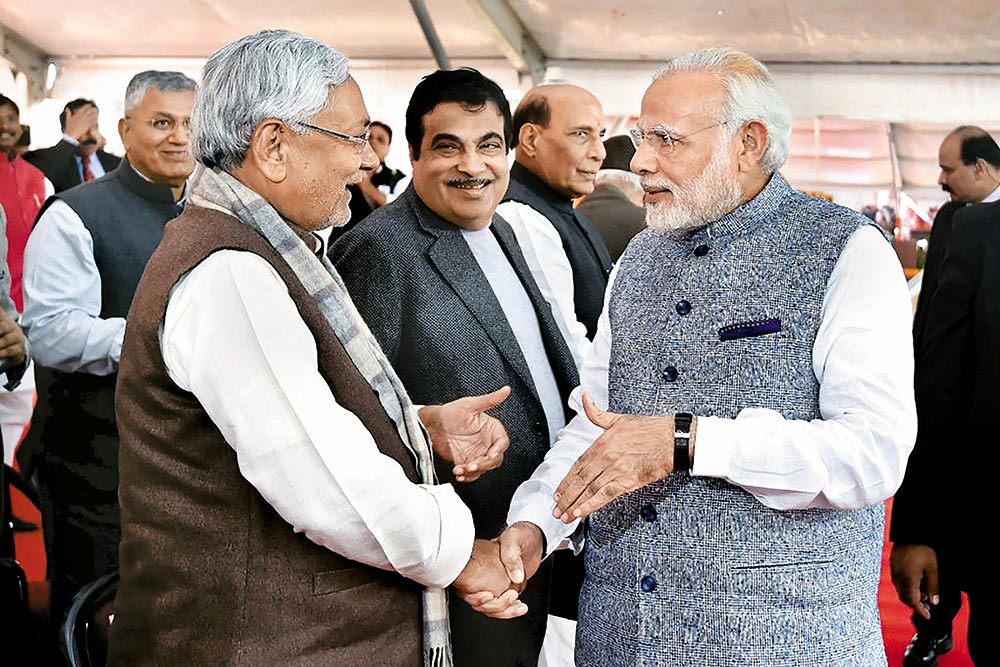 The ouster of BJP governments from three key Hindi heartland states—Madhya Pradesh, Rajas­than and Chhattisgarh—in the rec­ent assembly polls may have come as a shot in the arm for the RJD-led grand alliance in Bihar, but Chief Minister Nitish Kumar does not appear to be unduly perturbed.

“The BJP may have lost in MP, but it got more votes than the Congress and in Rajasthan, its voteshare was a meagre 0.4 per cent less than the winning party,” Nitish said at his Lok Samwad programme on January 7.

Nor does he attach much significance to a resurgent Opposition alliance in Bihar, which now consists of the RJD, Congress, Upendra Kushwaha’s RLSP, Jitanram Manjhi’s Hindustani Awam Morcha-Secular, Sharad Yadav’s Lok­tan­trik Janata Dal and emerging Mal­lah leader Mukesh Sahni’s newly floated Vikashsheel Insaan Party. Besides, the Left parties are also likely to forge a pre-poll alliance with the mahagathbandhan. “It only underlines the dwindling self-confidence of the RJD, which is forging an...