Dead or alive, the police had put a reward of Rs 12 lakh on him but villagers respected Mohar Singh for helping the poor 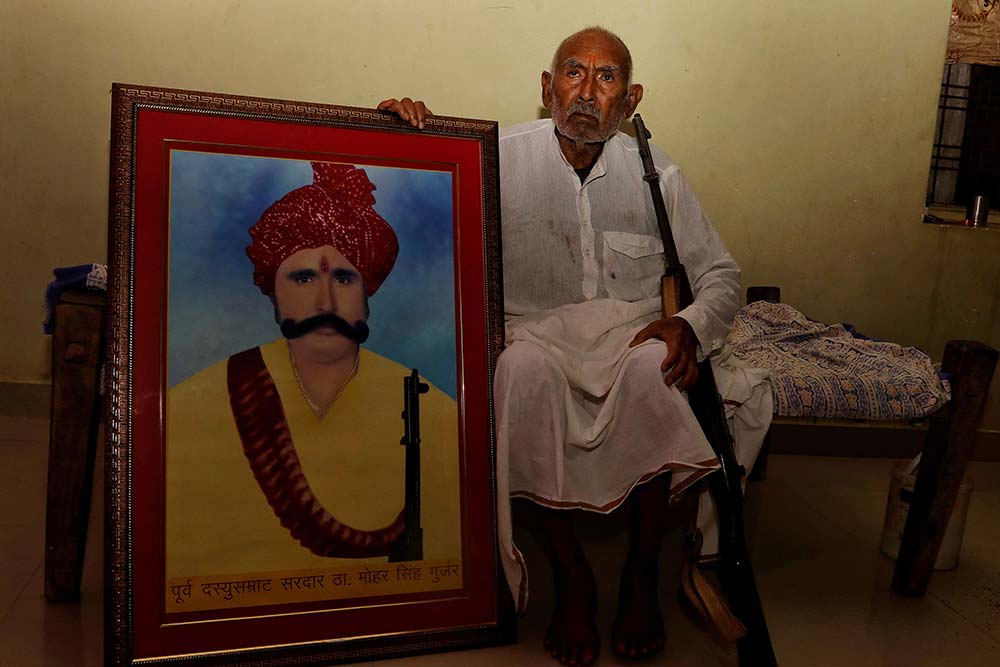 Mohar Singh with a portrait of him in his prime
Photo by Suresh K. Pandey
Jeevan Prakash Sharma May 15, 2020 00:00 IST Why Legacy Of Chambal Ke Daku Mohar Singh Will Live Forever

A curious mystique envelops the lives of famed dacoits who have haunted the ravines of the Chambal—a mixture of terror, awe and respect, balancing acts of altruism and bloody crime. Such are the emotions evoked when one names Man Singh and Lakhan Singh. Such, despite a career in kidnappings and murders, is the case with Mohar Singh, who died on May 5.

Ruling the ravines from 1958 to 1972, Mohar Singh was the last of a generation of bandit chieftains whose reign of terror still haunts the memories of locals.

“In 1972, when Jayaprakash Narayan suggested to the then PM Indira Gandhi that he should negotiate terms for the surrender of Chambal’s dacoits, she had said she would agree only if Mohar Singh, too, gave up arms,” archaeologist K.K. Muhammed says.

While three state police—UP, Madhya Pradesh and Rajasthan—put a reward of Rs 12 lakh on him, villagers respected him for helping the poor—doling out dowries as well as money. “I had told my 100-plus men that if they had even touched a woman, they would be...