Why Families Of J&K Policemen Bear The Brunt Of Militants

For the first time, the kith and kin of policemen in J&K find themselves in the crosshairs of militants’ rage 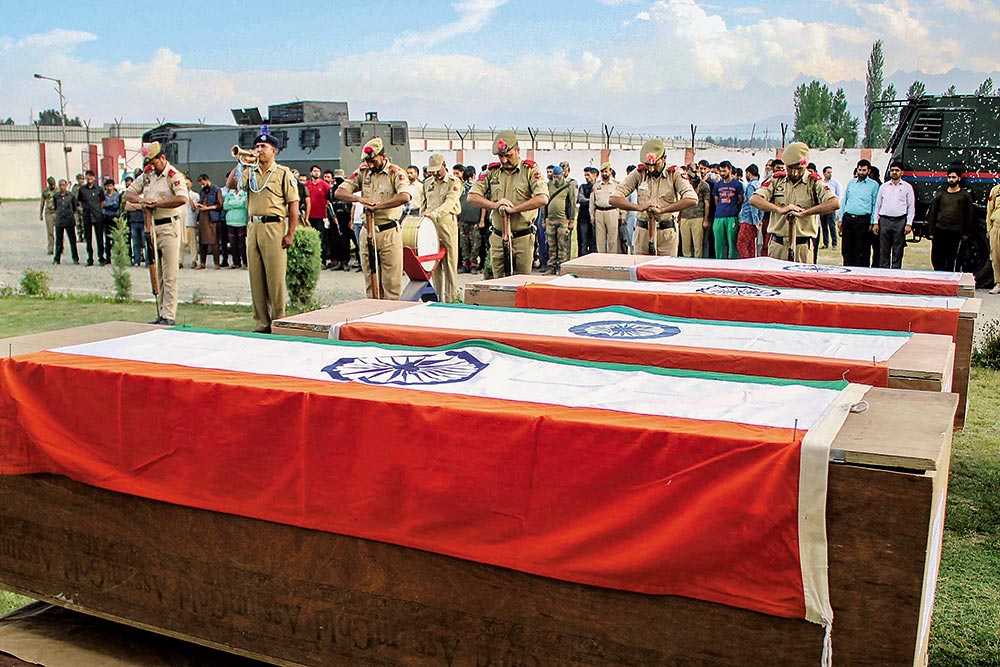 It’s a first for the Jammu and Kashmir Police in three decades of battling insurgency in the Valley. Never before had militants abd­ucted the kin of Kashmiri pol­icemen in response to detentions and alleged harassment of the relatives of militants and ransacking or burning down of their houses by government forces. That rubicon was crossed this August, when three pol­icemen and eight kin of policemen were abducted and the police warned by Hizbul Muj­ahideen’s local top gun, Riyaz Naikoo, to refrain from involving militants’ families in their efforts to quell the insurgency.

For long, it’s been usual practice for security agencies to arrest family members of militants or detain them under preventive detention laws, deny passports to them and so on. By abducting family members of policemen, the militants have thrown a new challenge at the government’s policy and practice on how to deal with militants’ families.

In an audio message he released on August 31, a day after the abductions, Naikoo is heard saying that the...