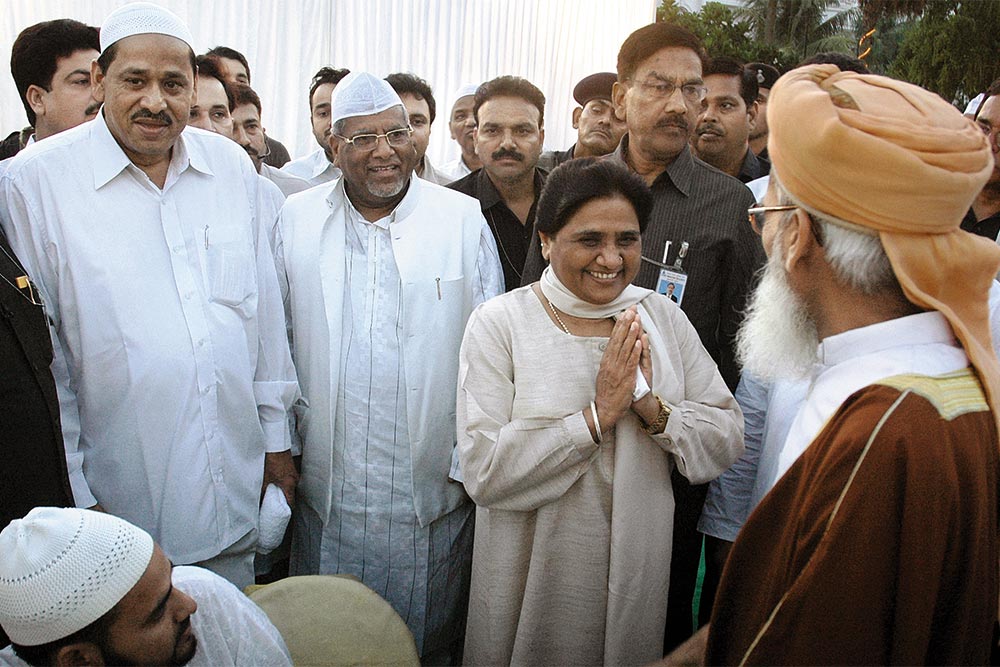 The first choice of the Congress in Uttar Pradesh was not the ­Samajwadi Party (SP). It wanted to ally with the Bahujan Samaj Party (BSP). As Mayawati was not keen on a pre-poll alliance, the Congress went with the next best option. However, when Congress general secretary Ghulam Nabi Azad was rushing from Delhi to Lucknow on January 21, desperately trying to stitch an alliance with the SP, the BSP high command was perhaps wishing the plan would not work out. Why else would she send out feelers to the Congress through the media the same afternoon that the ‘grand old party’ should live up to its secular image and either contest on the side of other secular parties or go it alone? Would she have proffered this unsolicited advice had the BSP not been feeling threatened by the Congress-SP alliance?

But why exactly is the BSP anxious about the SP’s alliance with a party that she said—and, from all accounts, rightly—is having trouble finding suitable candidates in the state? Going by the BSP’s 25.9 per cent voteshare in the 2012 assembly...