Who Wants A Bound Script?

After a flurry of coups and near-coronations, TN may settle down to a Thevar-Gounder tug of war 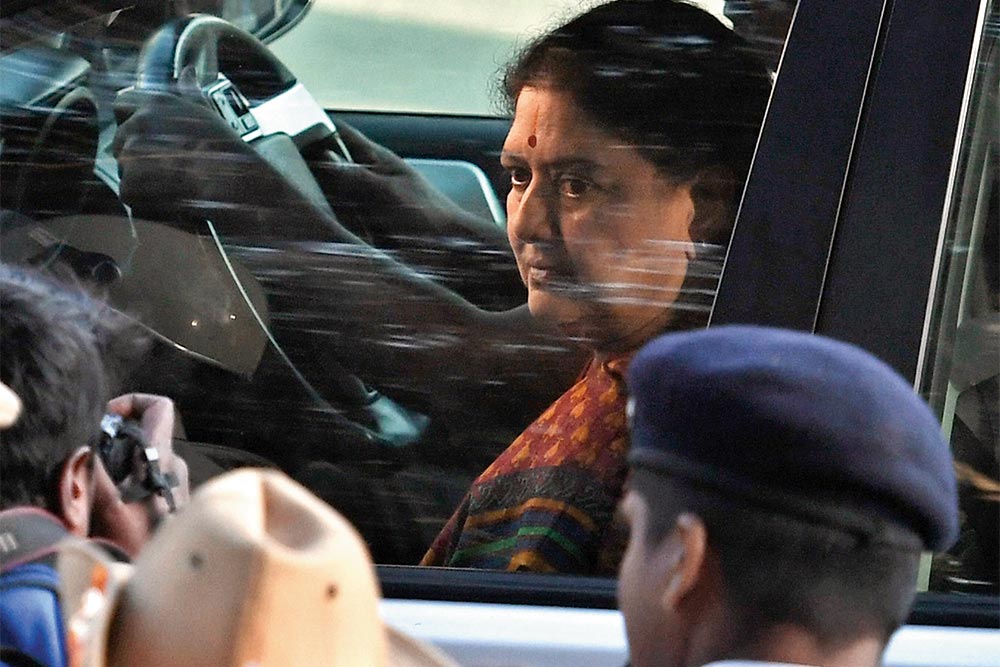 The Legacy
Sasikala arrives at a Bangalore special court to surrender
Photograph by PTI
Kavitha Muralidharan February 17, 2017 00:00 IST Who Wants A Bound Script?

The script kept shifting with the same stunning immedi­acy as the scenes, acts and dramatis personae. The story that began unravelling on the night of December 5, when the colo­ssus-like J. Jaya­la­litha passed away, had the usual tangle of twists and turns—as always happens when a great mogul exits the stage. As the denouement wound on, a wildcard ent­rant, Edapp­adi Palanisamy, was in the spotlight. Saturday, February 18, is the day of reckoning for this relatively low-key Gounder face from Salem. By then, the one who had threatened to domin­ate Tamil Nadu politics, Sasi­kala Natarajan, would be into her first lonely weekend in a Bangalore jail.

It’s surely been one of the longest political dramas in three decades—and that’s saying something in a state not especially new to drama—but it may not end with an oath of office, or even Saturday’s floor test. After the rebellion mounted by the ‘almost man’, O. Panneerselvam, Sasika­la’s camp had just about stanched the loss of...