The story is definitely Jessica Lall. But the shooter acquitted, it takes a life all its own, via six narratives. 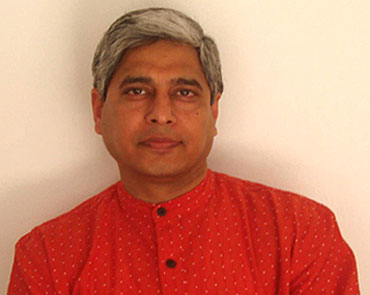 outlookindia.com
-0001-11-30T00:00:00+05:53
If rani pink is the new black, Six Suspectsi is crime noir. Trashy, louche, streetsmart and suave, it is as Delhi as it comes. The carpet may be Bukhara but this one is about the sweepings beneath, and not merely the whiff in the lungful of Clive Christian # 1 you just inhaled. This book is, to quote one of its characters, "about as subtle as a horse turd in the cream pitcher." Which is exactly why it works. Anger electrifies it, making the flat, unimaginative prose an asset, not a liability.

Swarup reins back humour, hyperbole, insult, and relies instead on that most Indian of weapons—shrewdness. He reads his characters as a chess player reads an adversary and this makes him an excellent ventriloquist; all six suspects have believable voices.

Difficile est saturam non scribere—it’s hard not to write a satire—Juvenal’s prefatory sentence justifies Six Suspects, a roman a clef based on the murder of model and socialite Jessica Lall. The facts are common knowledge. The murderer’s acquittal sets off...