Who Is An Indian? 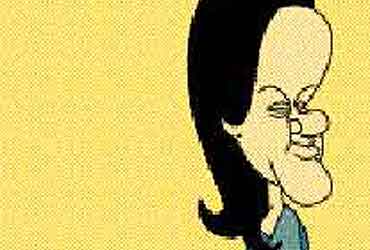 illustration by Jayachandran
Prem Shankar Jha November 03, 2003 00:00 IST Who Is An Indian?

outlookindia.com
-0001-11-30T00:00:00+05:53
When the BJP general secretary Mukhtar Abbas Naqvi renewed the party's attack upon Sonia Gandhi for her foreignness the other day, I wasn't surprised. Opinion polls have shown that support for the nda has been slipping—and that for the Congress rising—over the past three years. Given the uncertainty surrounding the state assembly elections a month from now, and the mess the BJP has made of its electoral prospects in UP (first by joining yet again with Mayawati, and then by leaving her in the lurch), it is hardly surprising that a touch of shrillness has crept into the party's utterances during the past three months.

What is more surprising is the number of people in fashionable Delhi, Mumbai and elsewhere who profess to be exercised by the same issue. Among the leaders of this lot is Tavleen Singh, columnist of The Indian Express, who said yet again last Sunday, in her usual forthright manner, that she felt insulted by the prospect of having a 'foreign' prime minister. Tavleen's comment made me sit up and think. I too would be outraged if I were to find myself...