Watergate is still a far cry, but the howls at Trump sound more like shrieks now 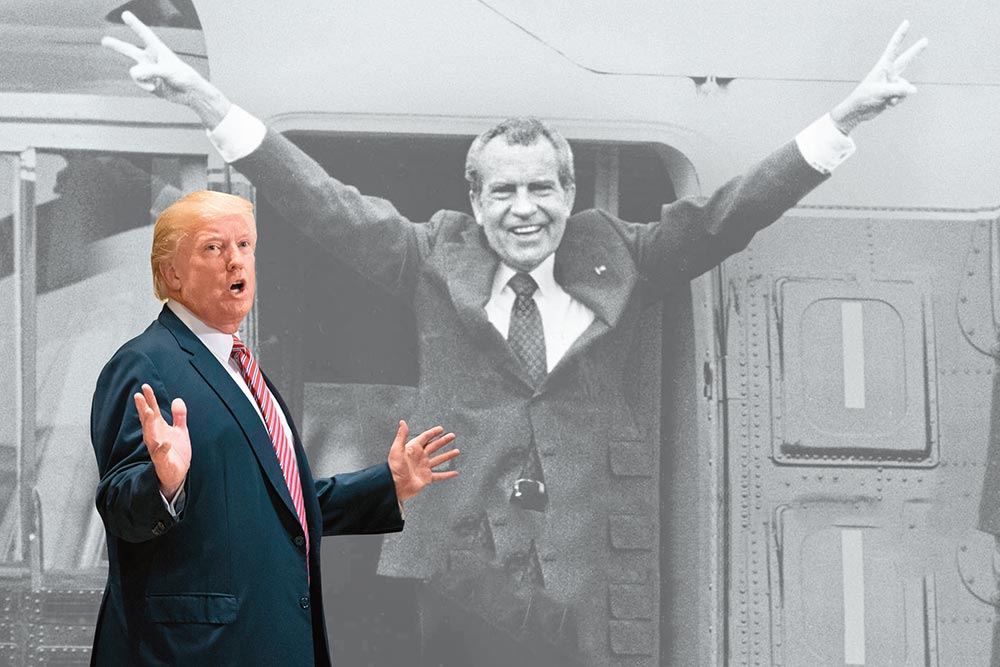 Since President Richard Nixon’s resignation in 1974, the English-speaking world has had the tendency of equ­ating every major political scandal to Watergate—the foi­led bid to bug the offices of the Democratic National Committee at the Wat­ergate office complex and the rel­ated underhand activities planned by a Nixon administration aiming for re-election. Newsrooms have enthusiastically attached the suffix “gate” to the core word of a scandal to convey its potential for damage to the ruling regime. In the context of the United States, perhaps, this has been a bit of an overkill.

“For almost half a century, wannabe Woodwards and Bernsteins have compared every unflattering revelation to Watergate, without a shred of perspective, leaving entire generations of you­nger Americans confused as to what they were talking about,” observes pol­itical commentator Matt Bai.

But recent, explosive political developments that suggest the slow brewing of an internal resistance and growing resentment to President Donald...