Which Of The Boys Playing The Under-17 World Cup In India Could Become International Soccer Stars Tomorrow?

With the U-17 FIFA World Cup in full swing, check out these starlets, some who have already made a name for themselves 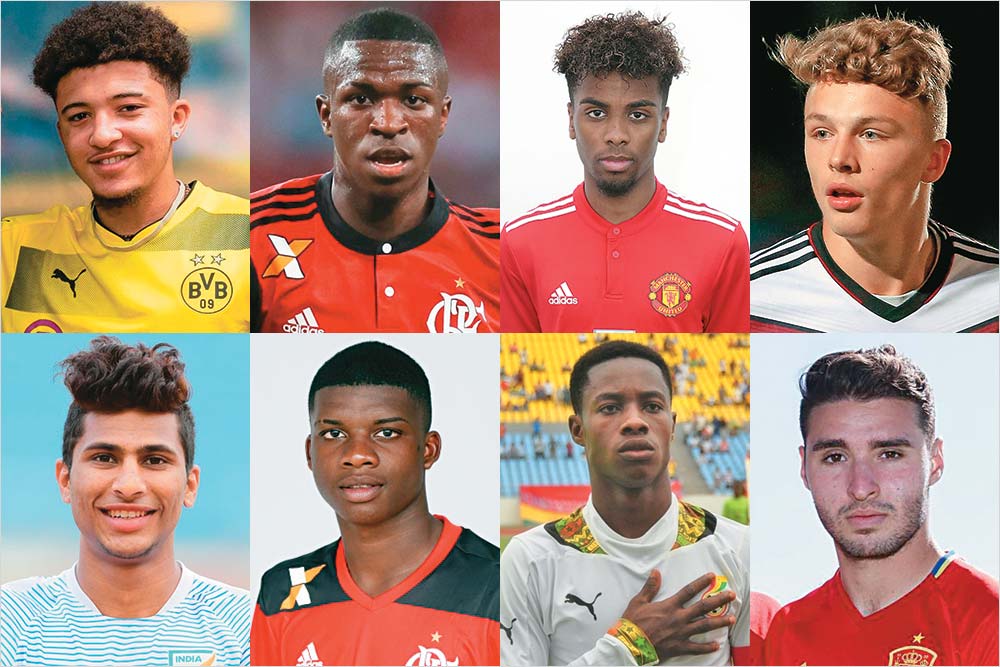 Siddhartha Mishra October 18, 2017 00:00 IST Which Of The Boys Playing The Under-17 World Cup In India Could Become International Soccer Stars Tomorrow? When Ousmane Dembele moved to replace PSG’s world-record-fee signing Neymar at Barcelona, a little-known 17-year-old became the first Englishman to move to Germany—Borussia Dortmund. It was No 7-shirt Sancho, the boy who had already stolen the limelight at the European U-17 championships, where he was named UEFA’s Golden Player. A £40-million deal in football is not abnormal, but paying that much for a player who is only ten days old in club soccer is rare. He just made his debut with Flam­engo, when Real Madrid coughed up the money to get Junior, a forward blessed with raw pace and finishing skills. He shot to fame in March, helping Brazil win the U-17 S. American Championship, scoring seven goals.