Content-wise, Hindi cinema was not her best, but she shone uniquely 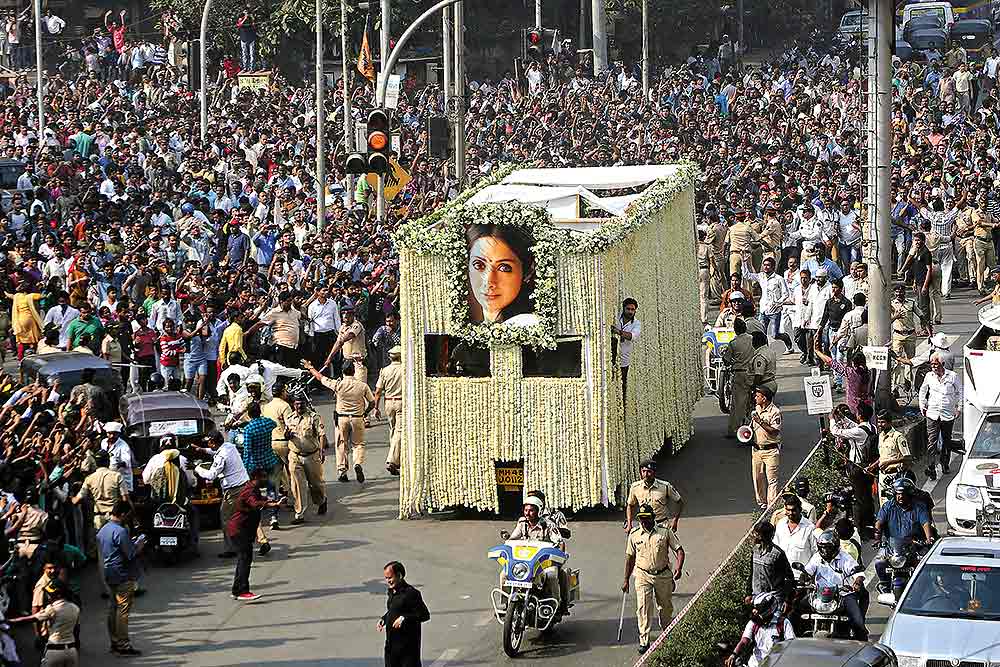 The razzle-dazzle of the glamour world can easily make you overlook the fact that stardom is, ­after all, ephemeral. In Hindi cinema too, many stars have had fleeting enco­unters with fame, only to fade out without leaving any lasting legacy. But the case of Sridevi is different. She was the eternal diva whose talent and charisma have ­ensured her a permanent place in the pantheon of great stars, not only in Hindi cinema but in the southern film industry as well.

A tragic end to the glorious life and car­eer of the 54-year-old actress (she died recently by “accidental drowning” in the bathtub of a Dubai hotel, fuelling all kinds of wild speculations) came as a shocker to colleagues and admirers, the media post-mortem, bordering on the absurd, underlining how vulnerable even the biggest stars could be.

Nonetheless, all the unsavoury controversies surrounding her demise should not take the shine off the phenomenon that Sridevi was in Bollywood and elsewhere. Look at her Hindi film career; ­observe closely—only a few unforgettable...