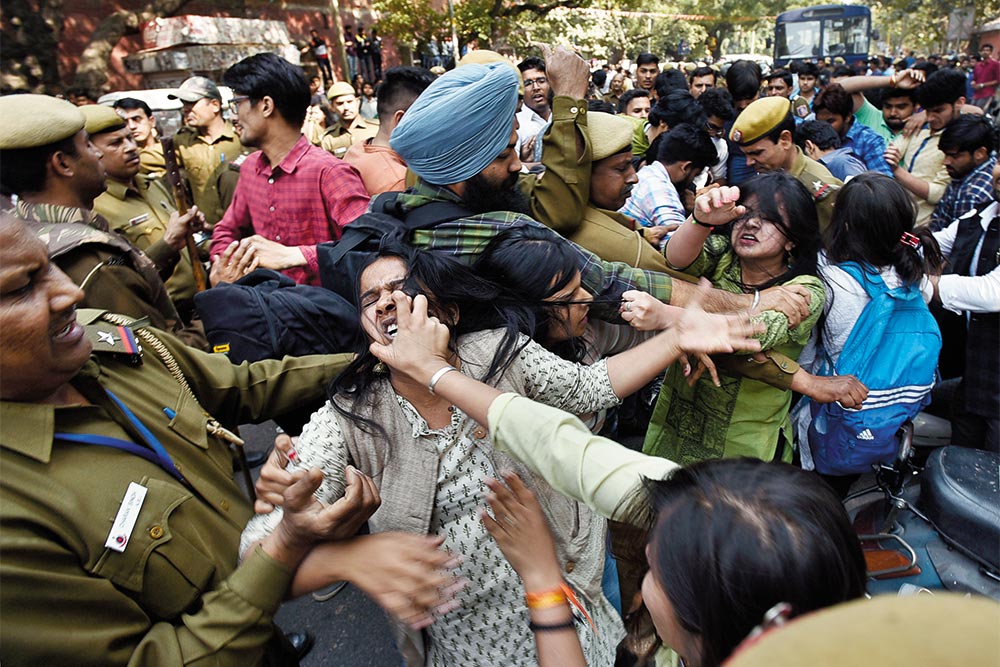 If one way to measure events is to see which side derived more mileage from it, you could perhaps judge the Delhi University affair by one fact. What was supposed to be a few people in a room talking—a seminar titled ‘Cultures of Protest: Unveiling the State: Regions of Conflict’—ended with a sight quite apt to that title. Over 5,000 students, many of them previously unaffiliated, marched in the streets to insist on the right to freedom of speech and thought in academic institutions.

That was in response to days of viole­nce, both physical and online—and a deb­ate gone national, with politicians, ex-cricketers, film personalities and TV anchors logging in. A parallel argument over nationalism and free speech centred around another DU student, Gur­mehar Kaur. In a little over a year since the JNU controversy, another campus in the national capital had turned into a battlezone, with antithetical ideologies locked in a slugfest. Counting the Rohith Vemula suicide in Hyderabad, the Draupadi episode in a Haryana campus and the...