The Dravidian movement is a century old—envisioned as an anti-Brahmin formation, though its political outfits did have elite leaders. Even today, the AIADMK and DMK face no threat to electoral dominance. 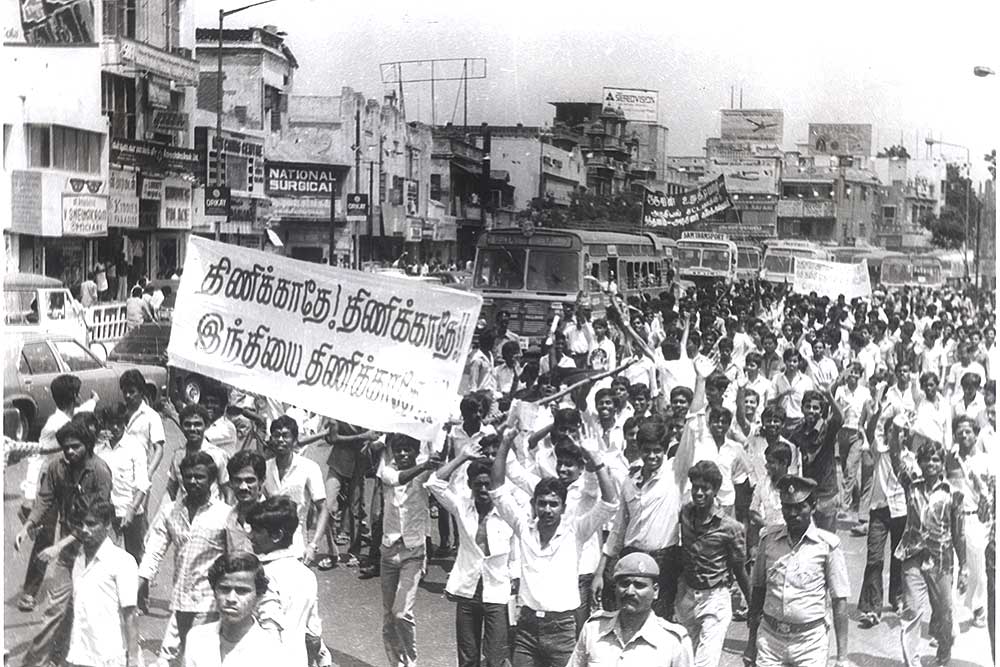 The Dravidian movement has been a major political force in the former Madras Presidency and Tamil Nadu for a century, and parties derived from it have ruled the state for much of the past half century. This year marks the centenary of the South Indian Liberal Federation (also called the Justice Party), the first party that claimed to represent a Dravidian community composed of non-Brahmin south Indians. Moreover, it is the 50th anniversary of the initial ascent to power of the Dravida Munnetra Kazhagam (DMK), the second ethnic party (after the National Conference) that won a post­-colonial state election in India. The other major Dravidian party, the All India Anna Dravida Munnetra Kazhagam (AIADMK), was formed 45 years ago. The Dravidian movement has shaped many aspects of politics and society in Tamil Nadu, and contributed to political discourse elsewhere in India. It is among Asia’s oldest and most durable ethnic movements.

The Dravidian movement claimed to represent a Dravid­ian community consisting of south Indians, primarily Tamil speakers, other than...