When The Void Won The Vote: Low Voter Turnout In Kashmir Speaks Of Alienation

Overall turnout in municipal polls in the Kashmir region was a mere 8.3 per cent in the first phase, 3.4 in the second, 3.5 in the third and 4.2 in the fourth and final phase held on October 16. 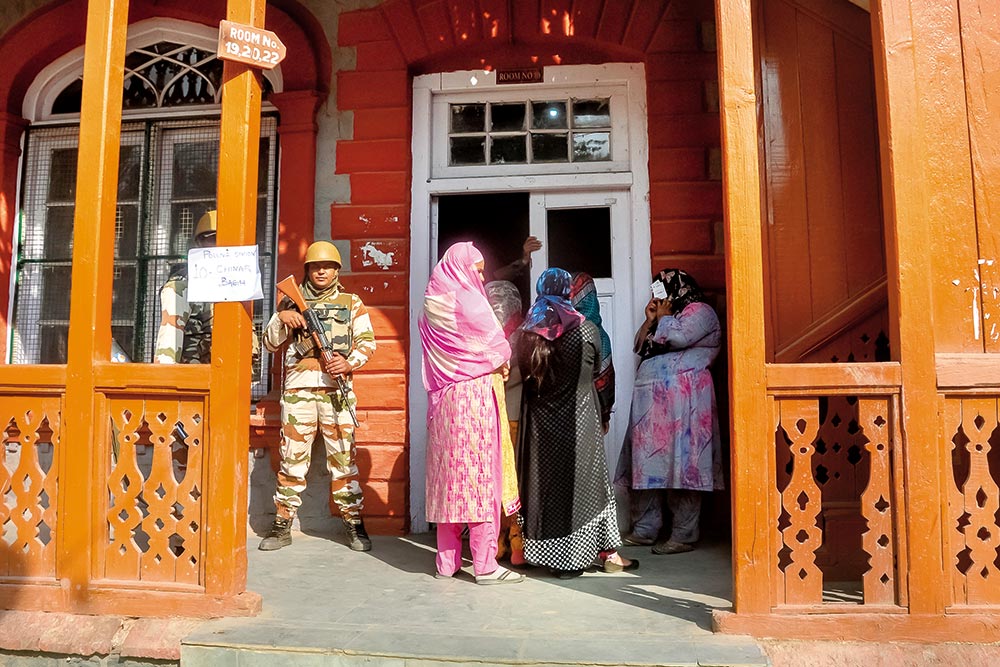 The road to Bandipora is pacific, devoid of traffic on the morning of October 10. Shops along the way north from Srinagar are shut, while people can be seen congregating in small groups to talk to each other. Hardly promising portents for the second phase of Jammu and Kashmir’s urban civic election, held after a gap of 13 years and boycotted by major regio­nal parties such as the National Conference (NC) and the People’s Democratic Party (PDP). A cacophony of rep­orters descends on the village of And­erkot in the Sumbal area of Bandip­ora district in north Kashmir—the only polling station in the vicinity where they might catch a glimpse of that rara avis, the voter. In the neighbouring Hajin area, none of the 13 wards is even contested.

On approach, one sees that Anderkot is indeed a fortress, ringed with three-tier security: army on the outside, CRPF in the middle and BSF on the inside. Concertina wire on all sides of the polling booth tops off this concentric defence, and voters may pass the portcullis only after a frisking. But...