When The Paints Go Marchin' In

Malayalam stars get political, an itch so far left unscratched 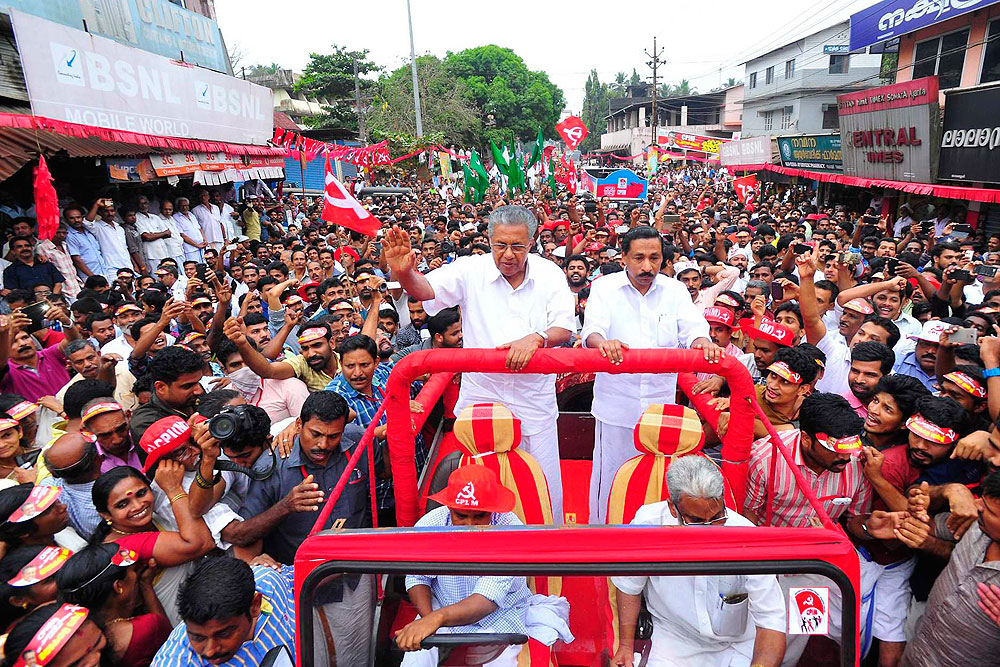 Poll Position
Kerala goes to the polls in April, and campaigning is on
Photo by PTI
Minu Ittyipe March 10, 2016 00:00 IST When The Paints Go Marchin' In

As Kerala goes into election mode, indications are that many Mollywood actors may take the leap—arthritic, some may say—into politics. Perhaps eyeing MLA-ship as a post-retirement benefit, it’s some mellowing stars who are giving elections a shot. On the final Congress list are actors Siddique (Aroor) and Jagadish (Pathanapuram), while rumours are the BJP will field Suresh Gopi. It’s learnt that actor K.B. Ganesh Kumar of the Kerala Congress (B), a former forest minister in the UDF government, may now team up with the Left Front.