When The Folk Arts Spoke Menstruation

From Baul songs to Lavani, to old rites of passage, red is positive and life-affirming 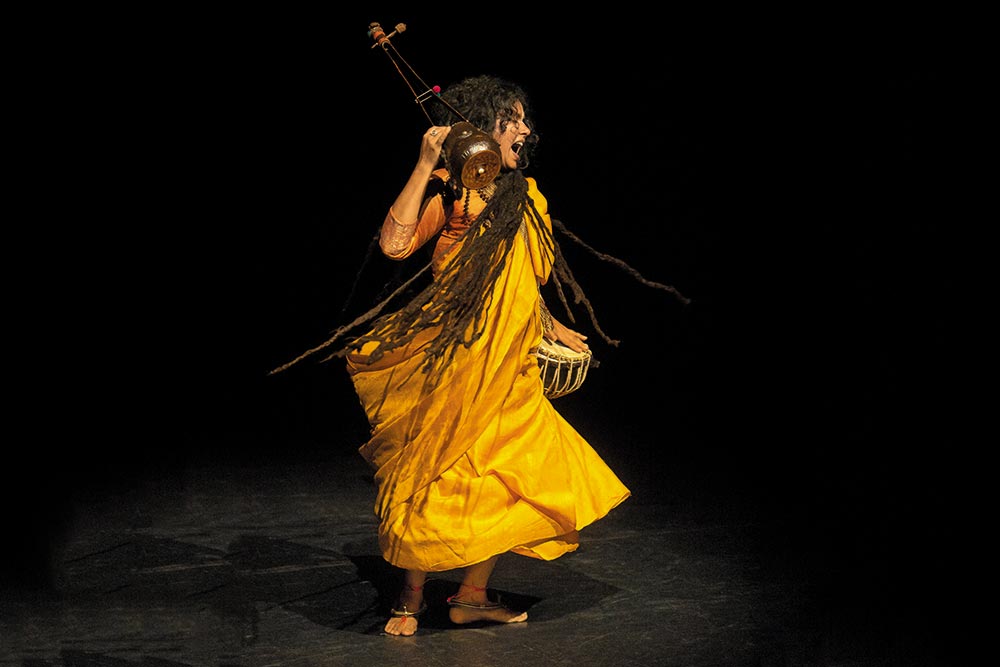 As It Is
How can it be a taboo, asks Parvathy Baul

The earth itself menstruates. So does the goddess…. Pause on those images, let them sink in. It doesn’t ­always take a revolution—a cognitive one or a bloody one—to slip out of a way of seeing, and into another one. Sometimes it’s a mere question of recovering what was there, of excavating our own subsoil. The earth menstruating? You find the idea in age-old, once-a-year festivals in eastern India to mark the onset of the sowing season, or to invoke rain. It connects, as metaphor and as a cue for practical living, the circadian rhythms of the worklife of early agrarian communities, the mensual rhythms of the body and the annual cyclical arrival of the seasons. A metaphorical web that gives us something even contemporary global cultures are struggling to attain: a cleanly positive valuation of menstruation, one that unfussily links it to fertility, to life and its rhythms, to sustenance.

There’s no trace of stigma in...