"When The Entire State Is Suffering, State Employees Must Make Some Sacrifices" 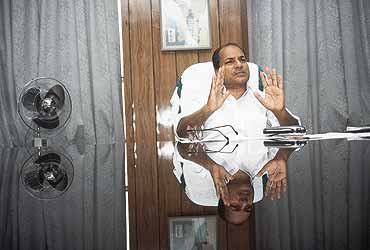 March 04, 2002 00:00 IST "When The Entire State Is Suffering, State Employees Must Make Some Sacrifices"

outlookindia.com
-0001-11-30T00:00:00+05:53
His cost-cutting measures may have invoked the wrath of government employees. But Kerala chief minister A.K. Antony says he has no option but to cut expenditure and bring in reforms to save the state from the financial nightmare it is currently trapped in. Excerpts from an exclusive interview to Outlook:

What made cost-cutting the only option?
When I took over as CM, I found Indian Airlines wouldn’t give me a ticket to Delhi as we owed them money. Everywhere I looked there was debt. Unpaid bills were Rs 6,000 crore. In the last five years the state debt had risen from Rs 10,000 crore to 25,000 crore. The situation was alarming. In the last five years, administrative expenditure has more than doubled—our salary bill in 1995-96 was Rs 2,200 crore. Now it is Rs 5,018 crore. Even money from central schemes and borrowings from cooperatives were being diverted to wages. I paid December’s salary by drawing on the Plan funds for January and February. And January’s salary I have paid because of a special allocation by the prime minister.