PDP’s survival hinges on the Centre talking with separatists 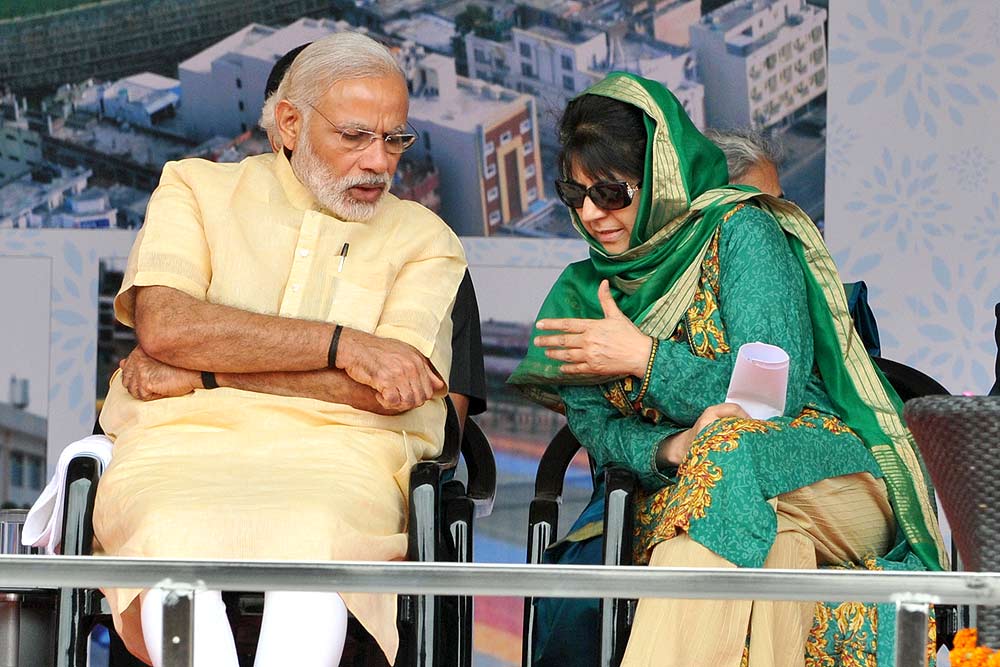 Facing an upheaval of sorts from within, the ruling PDP is keen on talks with the BJP over the implementation of the political points in the Agenda of Alliance (AoA). Senior PDP leaders say there is pressure from party workers who believe the PDP can survive only if the central government initiates talks with the separatists. In a party meeting on Tuesday evening, PDP legislators asked CM Mehbooba Mufti to ensure that the BJP agrees to a timeframe for the AoA’s implementation. According to a PDP MLA from south Kashmir, the party cannot afford to play second fiddle to the BJP.

PDP legislator Ashraf Mir says there is no split in the party and it will continue to push the BJP to hold talks. Speculation about a split had begun when some PDP leaders recently spoke out openly against the BJP, for the first time since the formation of the coalition government in March 2015. One of them was Peerzada Mansoor Hussain, who was Mehbooba’s political advisor before she became CM and is vice-chairman of the Khadi and Village Industries Board, which functions under the...